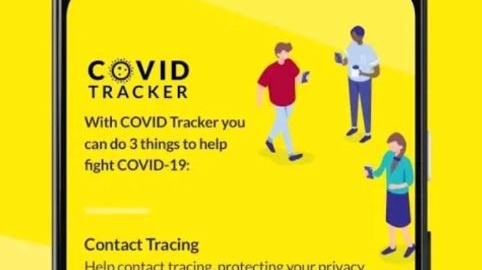 About 1,500 people a day download the Covid-19 tracking app, the Health Service Executive (HSE) said, bringing the number of devices with the app installed to 1.28 million.

The app launched in early July and the HSE said the number of people downloading the app was increasing daily.

The health department acknowledged that a “significant number” of people with Android phones uninstalled the app due to a battery issue in early August.

“These issues were resolved quickly, and we are seeing the number of Android devices with the app installed return to levels reached before this issue,” a spokesperson said.

More than 300 people who tested positive for Covid-19 downloaded the random identifiers generated by their phones to anonymously alert people they were in close contact with.

The HSE has recorded nearly 900 close contact alerts through the app since its launch.

“People can restrict their movements as soon as they receive an alert while they wait to speak to the contact tracing team who will organize a test for them. This is really important because it reduces the number of people who could potentially be exposed to the virus. “

The HSE said that no form of contract tracing can detect 100% of close contacts, but noted the benefits of combining manual and application-based contact tracing.

“One of the most important benefits is its ability to identify and communicate with close contacts who are unknown to each other. Manual contact tracing simply cannot do this. These types of close contacts can happen in a restaurant, cafe, shops or on public transport, ”the HSE spokesperson said.

The Covid-19 tracker app determines the phone’s default language and presents the app in that language assuming translations are present.

The most recent update included a translation into Portuguese, and future versions will be released in the languages ​​most used by Irish people, based on data from the Central Statistics Office and the Social Inclusion Office at HSE.

When asked about the app accessibility issues for some older phones, the spokesperson said that while the app works on older phones, the “Exposure Notification System (ENS) under -jacent that allows the contact search function is not available “.

“It’s out of our control, but we’ve asked Apple and Google to work on making ENS available on as many phones as possible,” she said.

“We continue to explore other options to make the app more universal, including the possible use of portable devices.”