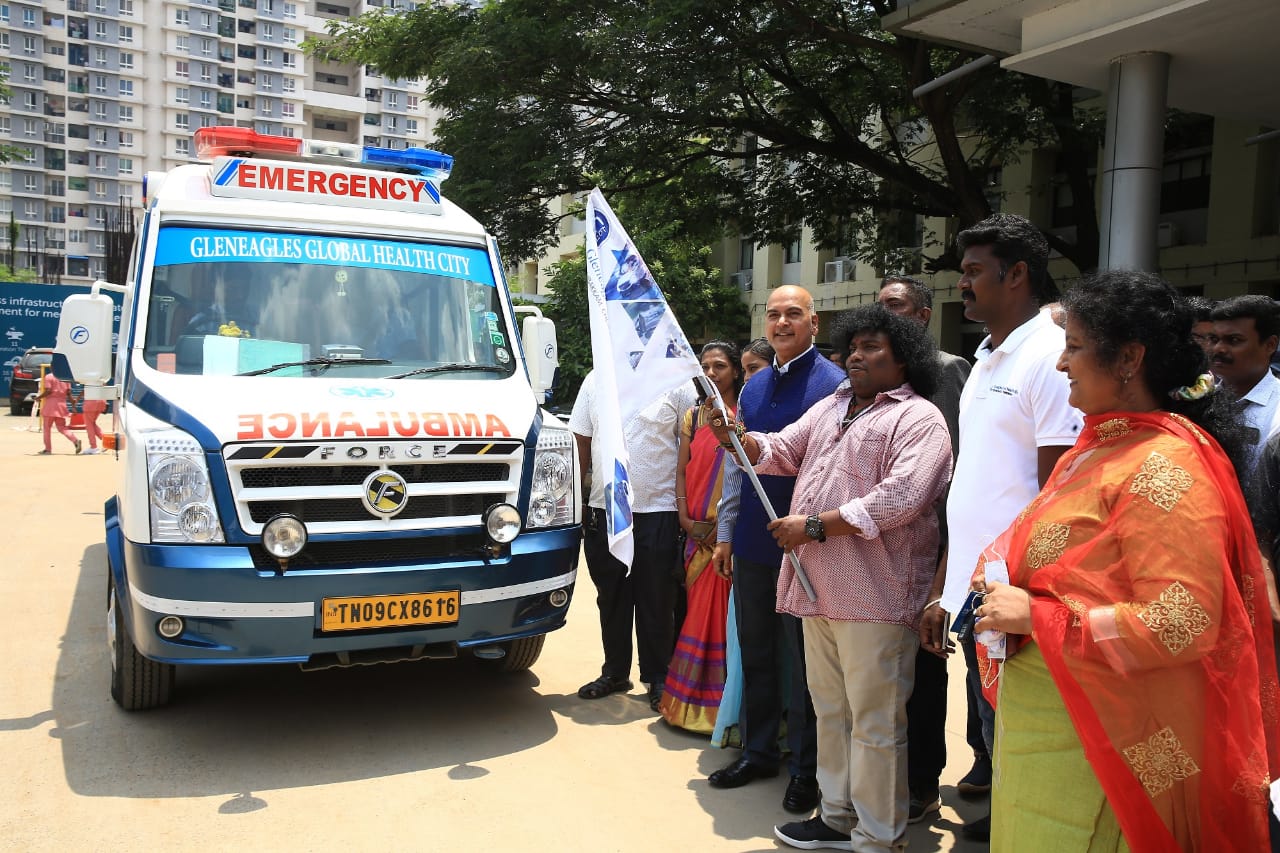 Chennai: Gleneagles Global Health City (GGHC) has launched mSirenPilot, a GPS-enabled emergency ambulance tracker for traffic police in Chennai. A press release states that the app was launched by actor Yogi Babu in the presence of Alok Khullar, CEO, and Sriram R, HOD and Senior Consultant – Accident and Emergency Department of Gleneagles Global Health City, Chennai. “The mSirenPilot feature enables traffic police to track the ambulance and clear traffic, making the ambulance’s movement easier and faster,” the statement added. “The delay in the treatment of critical patients worsens the treatment outcome. The golden hour is the first 60 minutes of a patient’s life where the patient can be saved if the right treatment is provided. Our emergency team can effectively track and coordinate with the ambulance to improve the treatment provided,” said Sriram R. Speaking at the launch of the app, Alok Khullar said, “Every year, countless lives are lost due to the delay of final processing in the “golden hour”. With the launch of mSirenPilot – An Intelligent Ambulance Platform, support is extended for patients to interact with the hospital emergency response team more effectively and efficiently for better outcomes .