Can this device really “hack” your metabolism? 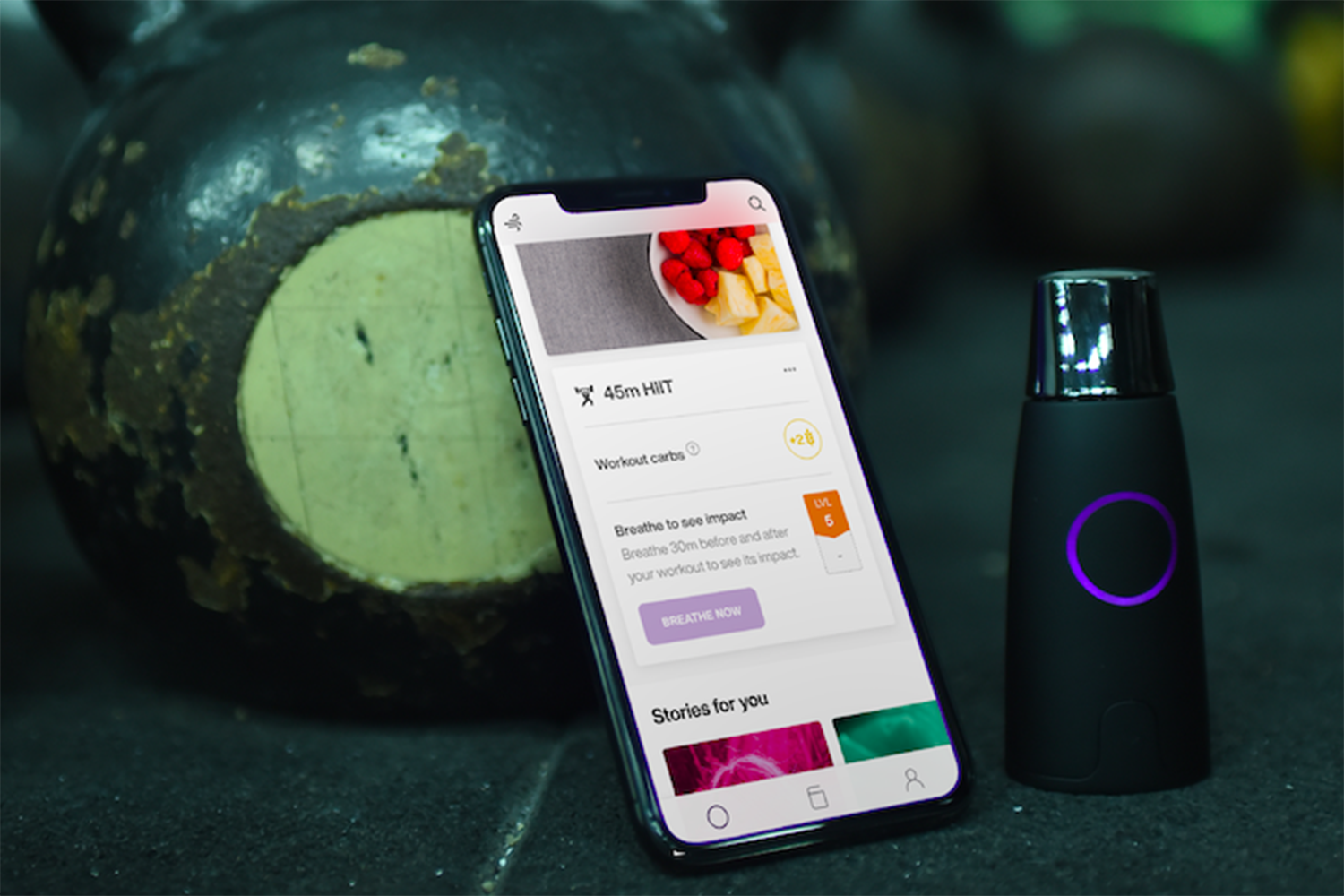 Maybe you’ve seen the hype. It’s a simple wearable device that measures and claims to help you ‘hack’ your metabolism into being more ‘fit’ and ‘flexible’. But what does that even mean? Is your metabolism so easily manipulated? Or is this metabolic meter just another piece of junk sold by wellness hucksters?

First, it’s important to understand how your metabolism actually works. Basically, it’s the process that takes the kilojoules you consume and then burns those kilojoules to power everything from a brainstorming session to a workout. Fitbit, Whoop, Apple Watch, Garmin – all of these trackers use their own algorithms to estimate kilojoules burned at a basic level. But a new device called Lumen claims to reveal what kind of kilojoules — those from fat or those from carbs — your metabolism is burning at any given time. You simply blow into a breathalyzer-like mouthpiece and, according to the company, Lumen can even tell you how adept your body is at switching between the types of fuel you use (known as metabolic flexibility). Not a follower? You get a diet plan to help change that, which could change your health.

Metabolic flexibility is a reality. A healthy metabolism always burns a mix of fat and carbs, and the ratio changes depending on factors such as the intensity of your workout (low-intensity exercise primarily uses fat for energy; high-intensity exercise uses more carbs) and whether you are fasting or in ketosis.

And metabolic inflexibility is also a reality. Scientific research has linked this metabolic problem to some of the major health problems of our time, including obesity, diabetes, heart disease and cancer. One of the causes of metabolic rigidity: a poor diet. When you eat a good mix and a good amount of food, your metabolism should be able to process it fairly well. But when you overload your system with too much or maybe even the wrong foods (high-calorie processed foods, mostly), your cells’ energy engines — your mitochondria — start running like a deer in the headlights. In the magazine Cell, Deborah Muoio, a researcher at Duke University, calls this inflexibility “mitochondrial indecision”. Nutrients are locked in and block your metabolism, which can lead to high blood sugar, high triglyceride levels, and excess fat around your waist. And all of this contributes to the development of these troubling conditions and diseases.

So you can see why Lumen thought it smart to analyze what you burn when, give you a score, and then offer dietary recommendations to avoid that backlog. Score a 1 and that means your body feeds mostly on fat, so you should eat more carbs to keep your system from tipping too far in one direction. Score a 5? This means you’re burning mostly carbs and need healthy fats to stay flexible. Anything between those two numbers is more of a mix, and you keep making yourself. Michal Mor, a physiologist and one of the founders of Lumen, thinks far beyond your individual nutritional setting and claims that the data recorded by the device can “improve the metabolic health of the world”.

Depending on your score, you get a specific diet plan. For example, if you score 4, you might get a “medium carb” daily diet of 193 grams of fat, 163 grams of protein, and 180 carbs. To reach these precise numbers, you need to measure what you eat, ideally with a food scale. (Which also means you’ll probably eat less
than usual.)

It all sounds awesome, technical, hacky, and pretty cool: you analyze exactly how your food and lifestyle decisions affect your metabolism in real time. But here’s the thing: it’s not really very useful. You probably don’t need a $335 Lumen device to improve or maintain your metabolic flexibility. Since you’re able to control your metabolism (some of metabolic flexibility can be genetic), “the best way to become more metabolically flexible is to be lean and exercise,” says Layne Norton, nutrition scientist and bodybuilding coach. It doesn’t matter if you get lean by eating carbs or by skewing your diet toward fat. Eating healthier foods or eating less food than you currently do is what helps, and you can do it yourself.

Mor and his twin sister, Merav, who founded the company, came up with the idea for Lumen while training for an Ironman triathlon, to track and test their metabolism to improve performance. They say it helps, but there isn’t much research to suggest that pursuing metabolic flexibility can improve cardiovascular performance. But we know the opposite is true: people who seek physical performance seem to be less prone to metabolic syndrome risk factors (which are also signs of inflexibility), according to a study conducted in Japan. Enter the old chicken-and-egg problem: is a person healthy because they are metabolically flexible, or are people metabolically flexible because they are healthy? Probably the latter, says Norton. Follow basic health tips and your readings, not just on a Lumen device, will likely improve dramatically.

That’s why Joseph Reagle, an associate professor at Northeastern University who wrote Hacking Life: systematized life and its discontents, sees Lumen as just one more device in today’s sea of ​​health gadgets. “It’s just this continual turnover,” he says. It’s not necessarily a bad thing that people have so many ways to become more involved with their health. This tracker probably isn’t hurting anyone, he says. “Just take the step [of using a device] can give people a sense of control and optimism. So if some shiny new tools inspire you to follow basic nutrition and exercise advice, Lumen could help. But you can also find the right balance in your diet without a fancy breathalyzer.

Changing what you eat will change what you exhale, which can change the score you see. In this test, you’re aiming for the middle – a mix of carbs and fats. The theory is that by knowing how your body rolls and adapting to it, you can train your metabolism to be more flexible over time and avoid problems like obesity and diabetes.