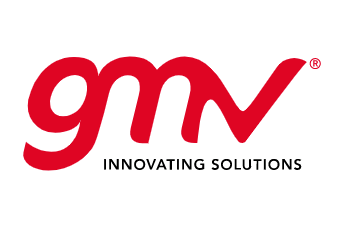 The CDTI has awarded GMV a new contract within the framework of the collision avoidance service provided by the Spanish (S3TOC) and French (COO) operations centers within the EU SST system.

The main objective is to develop software for the advanced analysis of collision risks and the calculation of avoidance maneuvers. The software must be deployed, as well as in the S3TOC itself, in the control centers of European satellite operators subscribing to the EU SST collision avoidance service.

The new software, called CONAN (CONjunction ANalysis Software), will have a dual purpose: firstly, to increase the capabilities and improve the response times of the S3TOC (Spanish Center for Space Surveillance and Tracking Operations) and secondly, to provide European satellite operators subscribing to the collision avoidance service of the EU SST system with their own conjunction analysis capability, as it will also be deployed in their control centres.

CONAN will receive messages containing conjunction data for each operator’s satellites directly from the EU SST web portal for analysis. (The general objective of this web portal is the provision of EU SST services.) It will also make it possible to analyze the sensitivity of the calculation of the risk of collision to the uncertainties on the orbits of the objects concerned. Finally, it will provide the optimal avoidance maneuver for high-risk cases, also analyzing the effect of the maneuver on other possible subsequent conjunctions with the same or other objects. It will also feature a panel for tracking statistics regarding the conjunction service.

In addition to the collision messages that the S3TOC and the French center (COO) publish on the EU SST web portal, CONAN will also be able to import messages issued by the equivalent American system (18-SDS, formerly known as JSpOC). This will allow operators to compare the information published by the two sources in order to make the most appropriate decision in each case.

The CONAN software is a new development based largely on Closeap, GMV’s solution for collision risk calculation, which is part of the FocusSuite® product line for flight dynamics operations, also used within the S3TOC . The first version of CONAN was delivered to CDTI in March and the final version will be delivered by the end of 2022.

In the field of SST, GMV manages EU SST contracts in five countries (Spain, France, Germany, Poland and Romania) and has additional capacities and contracts in the United Kingdom and Portugal. It also works for the European Space Agency (ESA) and provides solutions and services to the commercial market through its own operations center, called focusoc. In total, more than 70 GMV engineers work on SSA/SST activities in seven countries, making it the largest SSA/SST industry and team in Europe.