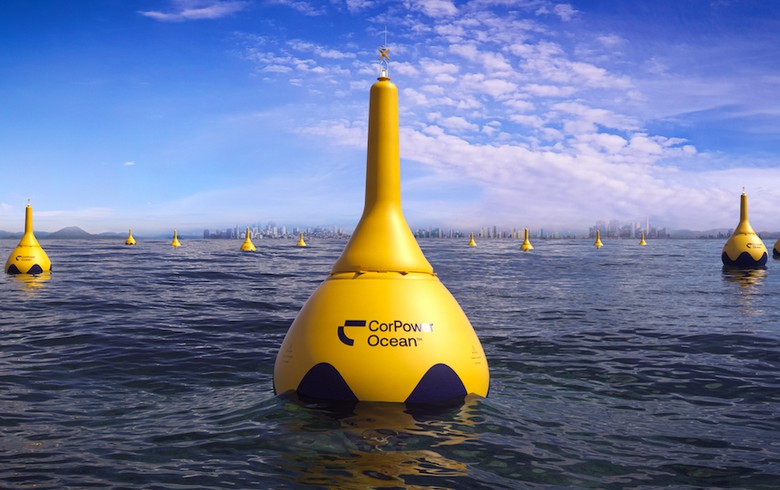 June 15 (Renewables Now) – Sweden’s CorPower Ocean AB today unveiled its first commercial-scale wave energy converter (WEC) – the CorPower C4, which will be used in a four-system wave array off the coast of Agucadoura in Portugal.

The compact C4 device has a power rating of 300 kW and is designed to be delivered in so-called CorPack clusters of 10 MW to 20 MW for large-scale deployments. CorPower claims its strong, lightweight structure can be produced quickly in large volumes.

“We are on track to deliver certified and guaranteed WEC products to market by 2024/25, unlocking the full potential of ‘utility-scale’ wave farms,” ​​said Patrik Möller, co- founder and CEO.

The company says CorPack wave farms will be able to deliver up to three times more energy per ocean footprint compared to a typical offshore wind farm. Project developers will also have the ability to combine the two technologies to form hybrid wind farms through CorPack’s plug and play compatibility with offshore wind infrastructure.

“This is a really exciting phase in the movement towards hybrid wind farms, as we aim to harness the immense power of the Atlantic Ocean, combining floating offshore wind and wave technology to produce carbon-free electricity,” said Sam Roch-Perks, CEO of Simply Blue Energy.

Currently, CorPower Ocean is working with Simply Blue Group to deliver the Project Saoirse pre-commercial wave farm off the west coast of Ireland and is preparing for ocean deployment as part of its own flagship HiWave-5 project in northern Portugal later this year.

“Together this contributes to a highly competitive cost curve and a clear path to EUR 30 per MWh with GW deployments,” Rebenius added.