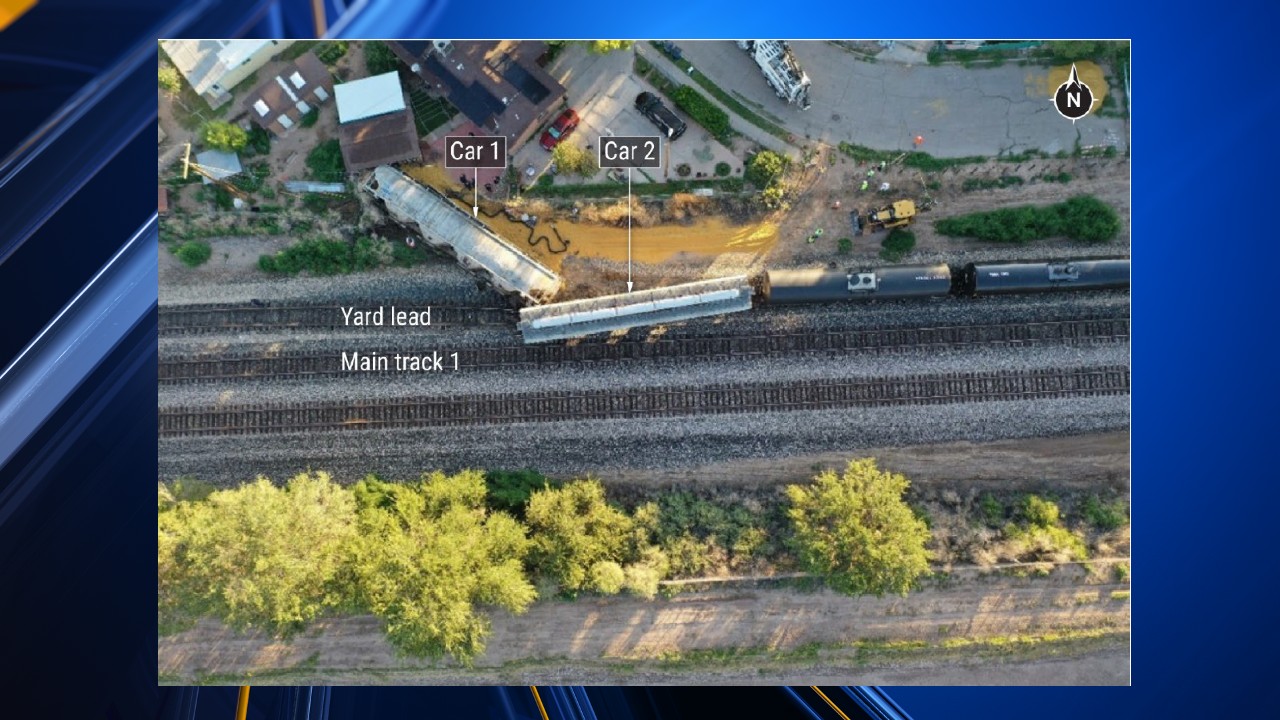 EL PASO, Texas (KTSM) – Preliminary information released by the National Transportation Safety Board, which is investigating a train derailment that killed a railroad worker on August 29, confirms that a derailment device was left on track at a Union Pacific maintenance yard in Lower Valley.

According to the preliminary report, a train, consisting of two locomotives and 61 cars, struck the derailment device.

The first two cars hit the device and the lead car landed on its side and then slid into a house along Barton Street, severing a natural gas line, according to the report.

The train driver, Mario Aurelio Navarro, 49, was killed in the crash, which happened around 9:15 p.m. on August 29.

The neighborhood around the maintenance yard had to be temporarily evacuated due to the gas leak.

This confirms information that had been released by the El Paso Police Department the day after the crash.

Future investigative activities “will focus on UP’s (Union Pacific) communication procedures related to the transition of train movement from controlled to uncontrolled track and its operating practices,” according to the information. obtained by KTSM.