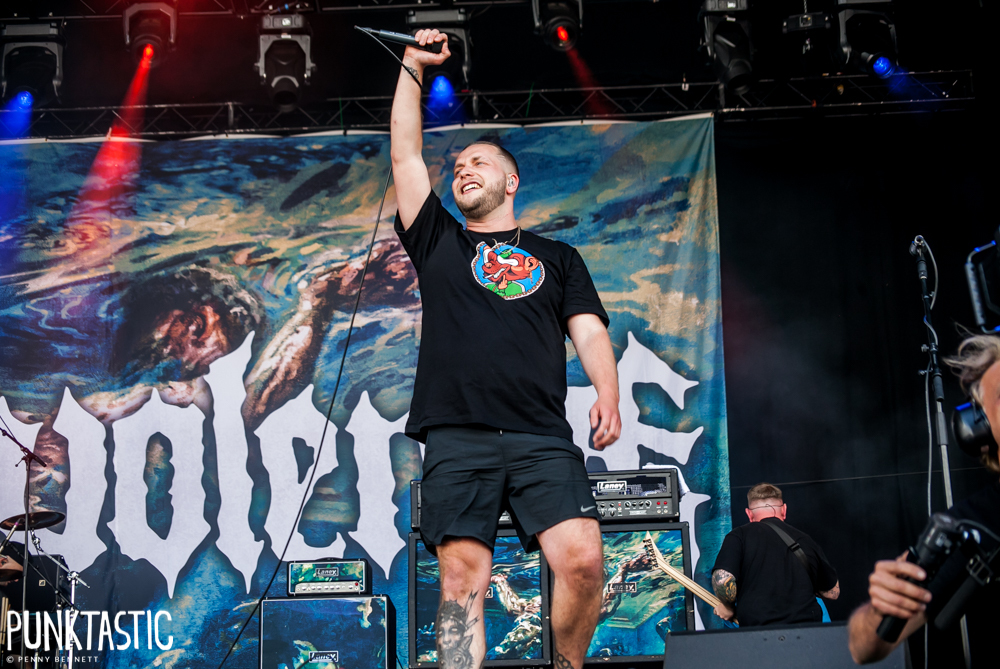 It’s been three long years since we’ve been able to honor the Download Festival to its full capacity, and we’re thrilled to finally have it back in 2022. The four stages, countless amazing bands, beautiful sunshine and Tens of thousands of cheering, smiling, energetic and slightly drunken rock and metal fans are all here to make up for lost time, and we’re thrilled to be a part of this reunion. With three days filled with incredible music to explore, we made sure to hit our daily step count to indulge in as much live music as possible and experience all that the spiritual home of rock has to offer. It’s amazing to be back.

If anyone needed a fierce wake-up call on this sunny Saturday afternoon, five-piece Yorkshire musicians Malevolence are the band for them. Plunging headfirst into an onslaught of heavy, muddy beats and ferocious hardcore vocals, the band throw things into a frenzy from the start. Vocalist Alex Taylor surveys the elated crowd with glee as the booths open for the opener of “Malicious Intent” and remain frantically active throughout the set. Mixed with the technical drums, the classic guitar riffs and crushing breakdowns are cleverly placed moments of subtlety, guitarist Konan Hall’s clean vocals contrasting skillfully with the ferocity of the metallic riffs. 2020’s emotional track “The Other Side” follows a touching call to remember those who have taken their own lives and encourage men to speak up if they are unwell, spilling a poignant air over the previously frenetic pit. The beat picks up immediately for a closer “Keep Your Distance” as Malevolence displays new technical prowess and unabashed brutal energy, leaving hundreds of hardcore hounds exhausted with elation.

Known for their theatrical horror shows, Ice Nine Kills certainly haven’t skimped on the performance element of their set today, with fake beheadings, masks, props and drama galore. Not solely reliant on directing, they support carefully choreographed staging with a selection of brilliantly produced punk-infused metal numbers. Endings “Funeral Derangements” and “The American Nightmare” showcase vocalist Spencer Charnas’ expansive vocal abilities, as well as the band’s technical expertise, with perfectly timed guitar trills and drum rolls. The production borders on the over the top at times, and parts of the show certainly seem to be rehearsed within an inch of their being, but the whole thing is a masterpiece of charming ironic hardcore filled with killer choruses and high octane. riffs. 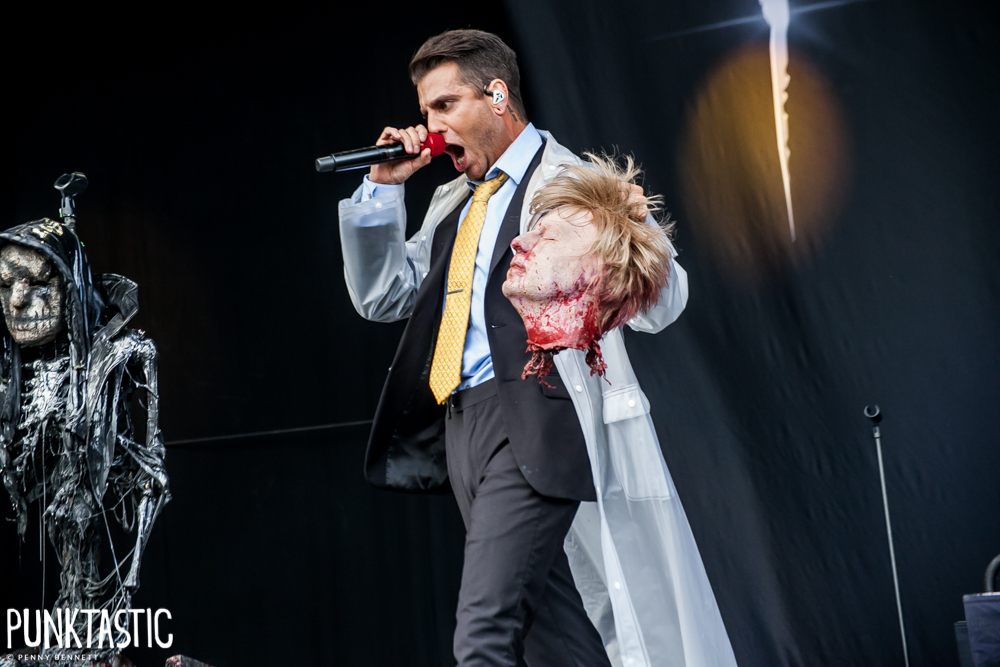 Always impressive live, Loathe is in typical form today, performing to a captivated crowd in the brooding shade of the Avalanche tent. Like a number of other bands on the bill this weekend, Loathe deftly blends screaming vocals and metalcore with cleaner melodies, still backed by brutal basslines and screaming guitars. Add some experimental electronic effects and the huge sound of crashing cymbals, and you have a beautiful cacophony of heavy, technically brilliant noise. With a busy touring schedule for the rest of the year and a fourth album on the way, Loathe are one of the most exciting bands representing the UK at the moment, and if they keep doing sets like this from today, they will be well on the way to further global recognition.

Without any introduction, Californian noise metallers Will Haven jump straight into the shrieking, chaotic sound they’ve perfected over the past twenty years. The syncopated beats aren’t always precise, but the looseness adds to the random heaviness that’s been a hallmark of this band since day one. Not known as a chatterbox band, they let the brutality of their artistry shine through, assaulting the ears of a small but engaged crowd with a constant onslaught of noise. Although they stick to a proven pattern of songwriting over the course of their career, the variety comes in the tracks themselves, with odd time signatures, weird synths, and more technical elements keeping everything the world on its guard. Will Haven is unlikely to win over new fans by charming audiences with small talk, but anyone wandering around the Dogtooth tent looking for half an hour of passionate noise-metal would have been suitably impressed.

It’s possible that Hunger’s fan base hasn’t yet spread much outside of Australia, as a significant proportion of the small crowd gathered for their set on the Avalanche stage appear to be other Australians, supporting their compatriots this Saturday afternoon in the British Midlands. . Despite the small audience, singer Josh Raven still describes the view from the stage as “beautiful” as they serve up a selection of pop rock grooves. The band toured almost non-stop throughout 2019 before the pandemic put a halt to live shows and it shows their confidence on stage. There are touches of raw emotion in the slower number “Humans” and moments of magic in the bluesy “Buying Time”, but the basic rhythms and melodies sometimes stray into mediocre territory. The Hungers aren’t going to win over the hardcore crowd looking for blast beats and ruinous breakdowns, but with a new album due out in July and the right support behind them, there’s definitely potential for them to continue growing their band. audience. to attract many more pop-inclined fans the next time they return to British shores.

Tracking the movement of fans around the venue on this eclectic Saturday would be an interesting indication of each act’s fan base. It wouldn’t be a big surprise to find that the majority of lifelong Maiden fans had set up camp on the Opus stage after the early afternoon crowds dispersed, ready for Megadeth thrashers to entertain them. before the main event. Atlanta metallers Mastodon’s heavy, progressive output is just the tonic for the most discerning rocker, and they deliver a polished ensemble full of powerful classics alongside new tracks from last year’s double album “Hushed and Grim.” . Never for light fluff, Mastodon blasts every track with technical brilliance, even through inevitable sonic distortion from unwanted crosswinds for those not directly in front of the stage. Contrary to the melancholy of their anguished lyrics and haunting harmonies, the band sound genuinely happy to be here, and tear through each track with vigor, ending with the triumphant ‘Blood and Thunder’. The complexity of Mastodon’s songwriting continues to highlight their musical savvy as a band, and their ability to display that skill in a live setting never fails to impress.

With metal heavyweights Deftones billed alongside Mastodon’s colossal draw, it’s perhaps unsurprising that the crowd on the Apex stage isn’t as busy as one might expect for the five pieces from Sacramento. With bass and guitar features on this tour performed by Fred Sablan and Lance Jackman respectively, the band went for a softer set than one might have expected, and it didn’t always hit the mark. Chino Moreno’s vocals were great, when you could hear them, but a lot of the muddy sounds of that pesky wind interfering with a band that’s known for playing in a very loose style meant parts of the set felt a bit distorted , dull and flat . Favorites “Be Quiet and Drive”, “My Own Summer” and “Diamond Eyes” still pack a punch, but what could have been a temperamental and interesting journey through less obvious choices from an extensive back catalog somehow seemed sort of lacking in atmosphere and, dare we say it, a bit dull. It’s a shame, because Deftones are a fantastic live band, but this slower, more contemplative set might have been better saved for a dark venue rather than the evening sun of the main stage at one of the biggest festivals. of metal in the world. 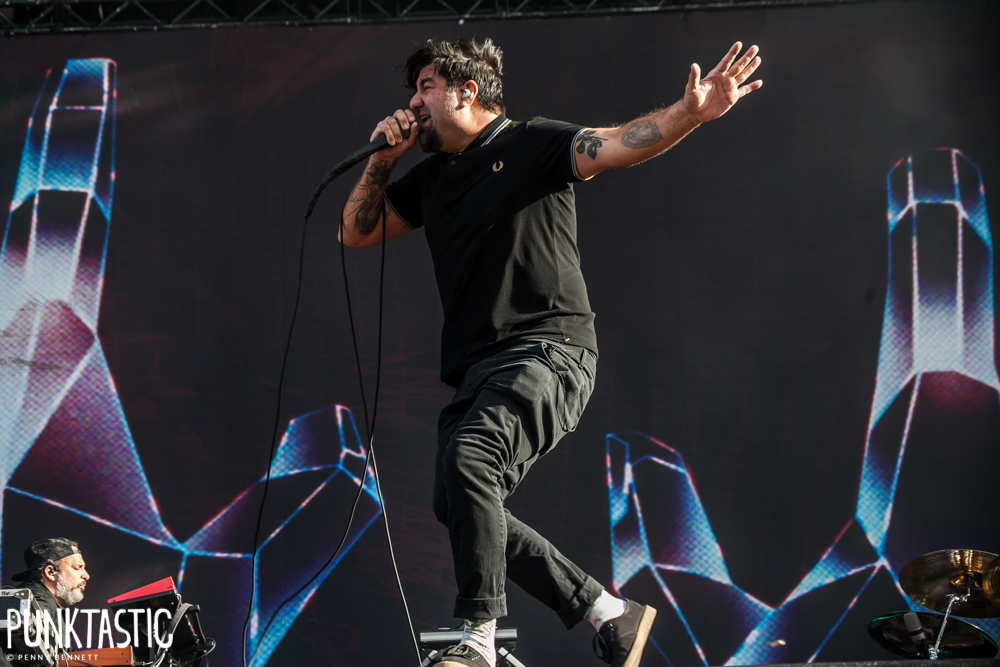 Funeral for a friend

There’s barely room along the grassy sides of the Avalanche stage, let alone under the tent roof of Welsh post-hardcore band Funeral For A Friend. Sneaking through the masses to catch a glimpse of the band and the packed tent, the excitement from the crowd seeps into the evening air. From the opening chords of “This Year’s Most Open Heartbreak,” the energy surrounding it is contagious, and Funeral for a Friend launches into a set filled with favorites, each track being more well-received than the last. There’s barely a single person present who isn’t belting out “Red Is The New Black,” which shows how well the quartet’s anthems stand the test of time. Along with great renditions of tracks from their hugely popular albums ‘Casually Dressed & Deep in Conversation’ and ‘Hours’, there’s a healthy dose of crowd interaction, with a wail over the pollen count and commentary on the toxicity of mainstream media. in the preamble of “She led me to daytime television”. If you weren’t a fan of FFAF before, the atmosphere and passion, not to mention the collection of timeless emotional anthems in tonight’s joyful hour-long set, would surely have converted you. 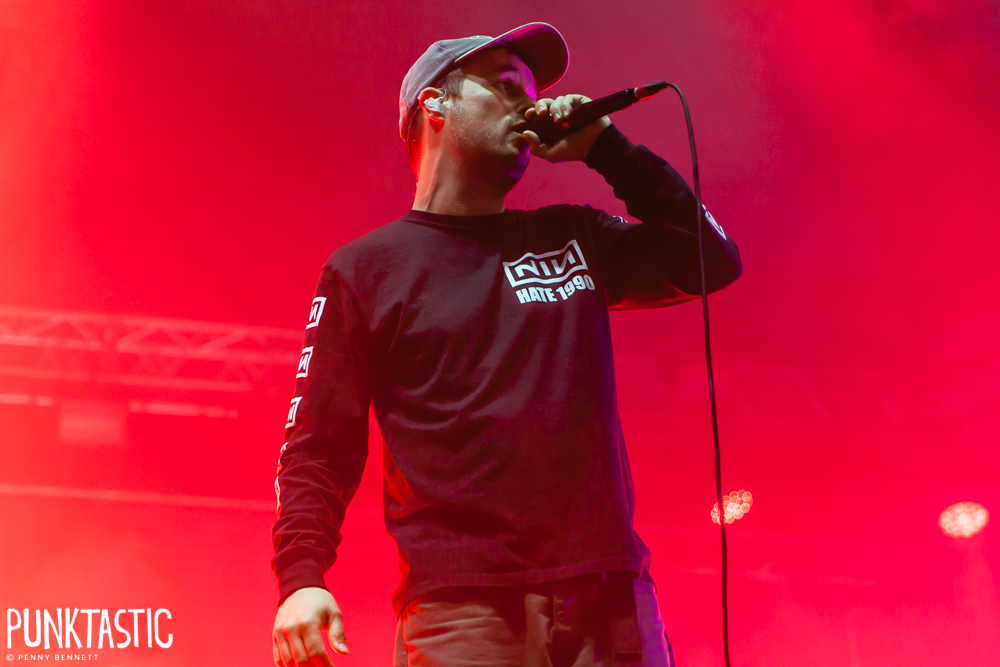 What is there to say about metal veterans Iron Maiden that hasn’t already been said over their illustrious career? As big on elaborate staging as it is on epic metal masterpieces, tonight’s show certainly doesn’t disappoint, opening against an ancient Japanese backdrop as a nod to the track. opening and last single “Senjutsu”. For a man in his 60s, Bruce Dickenson still looks like the rockstar, dressed in leather pants and a trademark puffy shirt, moving around the impressive set with as much ease as most young artists to have. graced the Apex scene so far this weekend. The phenomenal scene changes are also worth mentioning, with an appearance of the iconic Spitfire and the familiar Cathedral backdrop from the Legacy of the Beast World Tour. The scene crew probably can’t take credit for the perfect sunset moment as “Fear of The Dark” kicks off, but it adds a welcome weirdness to an absolute classic that can’t have been an accident. total.

As endearing as the quirky performances are, there’s a slight sense that this set is tiptoeing on the wrong side of nostalgia. The favorites are all there, yes, and they’re performed with precision, emotion and enthusiasm, but as a band that’s already headlined the Download Festival six times, it feels like we’ve seen it all before. . Luckily, the band doesn’t sound jaded from a distance, and the shredding, riffing and smashing is as authentic and fiery as ever. As we come to the triple encore of ‘The Trooper’, ‘The Clansman’ and ‘Run to the Hills’, even part-time Maiden fans remember how many definitive tracks this band has produced over the years. . . It’s not quite the same huge send-off as the final moments of last night’s showpiece performance from Kiss, but it’s not Iron Maiden’s final show. Will they be headlining Donington for the eighth time? Only time will tell, but it doesn’t look like these metal idols are going anywhere just yet. 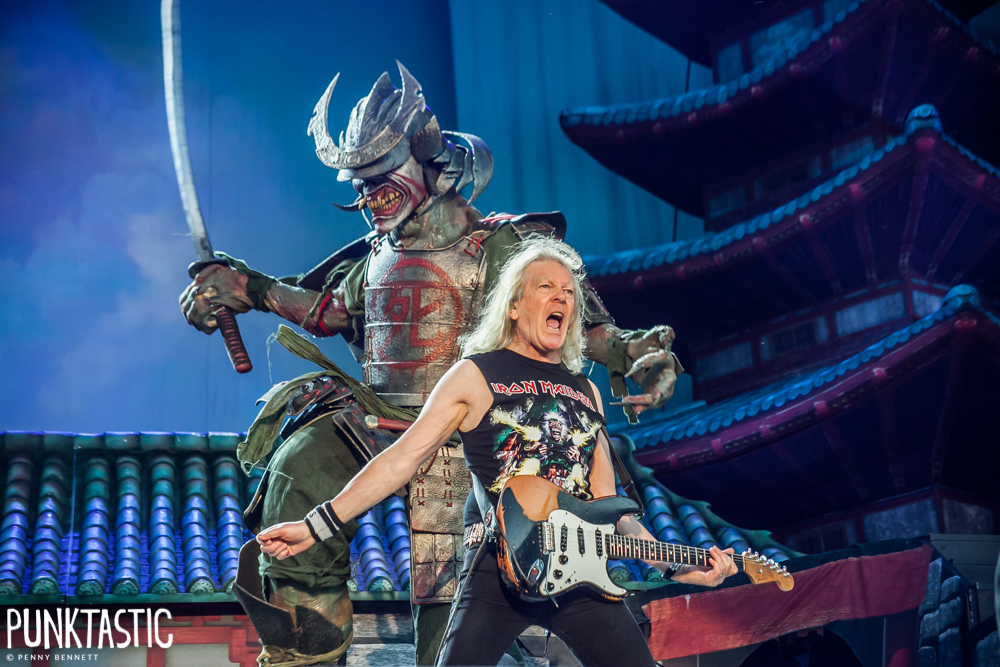