Galvanize offers veterans a path to careers in software engineering 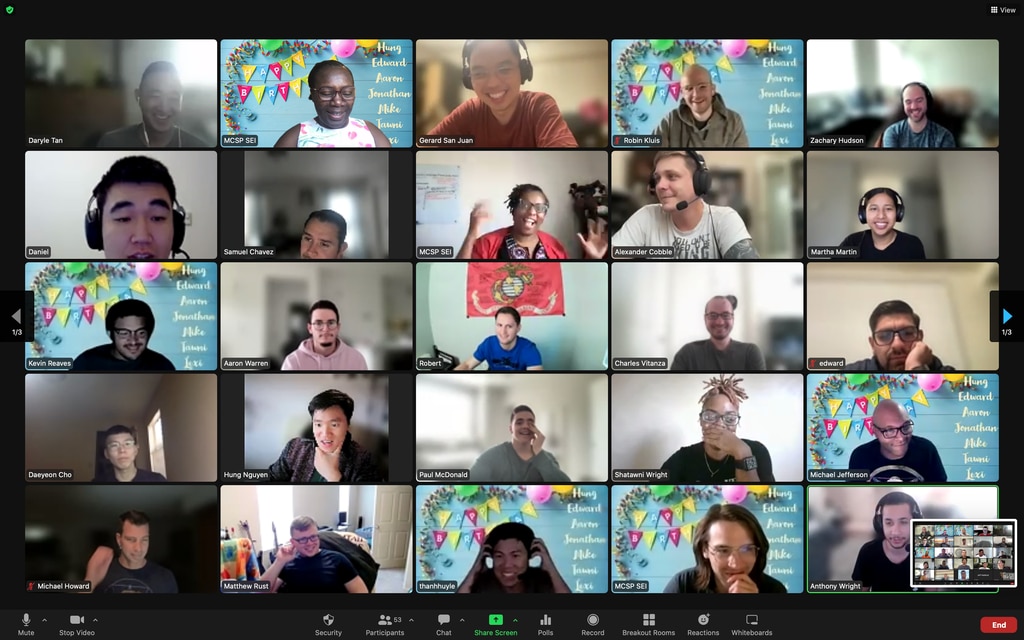 When Jose Lozano was in the military, he had a community – and a purpose. But when he decided to retire after 21 years, his biggest concern was how to take those two things with him into the civilian world.

“When I was in the military, I served the greater cause,” Lozano, 40, said. “I knew it wouldn’t be the same as a civilian, but I had this really wonderful thing in the military and I wanted to keep some of it.”

Lozano is one of many transitioning service members who participated in Operation Level Up, an intense 18-week program through Galvanize where active-duty service members learn to become software engineers. It is a partnership with DoD SkillBridge and transition assistance programs within the military and it trains service members like Lozano as they prepare to leave the service.

“We help them build the skills they need to launch lucrative technology careers,” said Bill Blackstone, executive vice president of operations at Galvanize. “Underemployment is a big problem for transitioning military members, as is unhappy employment. We want to change that.”

And Galvanize is growing: Earlier this month, it announced a collaboration with the Veterans Administration to provide skills training for veterans so they can get better jobs – and if they’re not not hired, Galvanize will reimburse tuition to the VA. .

Blackstone said Galvanize’s track record of success is strong and he has confidence in the abilities of graduates.

“Right now we have a 100% roster,” he said. “That means we don’t get paid unless they get a job in software engineering. It is important for us to make this guarantee. Students and suppliers have work to do.

Veterans are now eligible for programs through Galvanize, which are online and in-person, and can use VA benefits to cover $18,000 tuition. The only eligibility requirement is that the veteran must have one day of unexpired GI Bill entitlement.

Galvanize has been providing immersive software engineering and data science training for years, including with the military. But the latest collaboration with the Veteran employment through technological education courses, or VET TECwill help another military population find lucrative and productive work.

According www.indeed.com, the median salary for software engineers is around $120,000 per year. And according to the US Bureau of Labor Statistics, the field is in high demand, with jobs expected to grow 25% from 2021 to 2031, faster than the average for other occupations.

Blackstone said Galvanize is proud to be a preferred partner for VET TEC. VET TEC is designed to provide money for non-traditional educational opportunities for veterans, training them for in-demand technology jobs.

“We don’t just train them and kick them out,” Blackstone said. “We provide a path to career success as they transition out of the military.”

In the past fiscal year, about 200 service members received training and this year Galvanize is on track to provide training to about 300, Blackstone said.

Lozano, from Killeen, Texas, said his job as a software engineer at JPMorgan Chase & Co. gives him a chance to work as a problem solver and support his family. He said his military experience gave him leadership skills and a plan on how to transition from soldier to civilian.

“The army was my life,” he said. “When I left, I had no plan. But I was lucky to find this program, it really helped me find a job that I love.