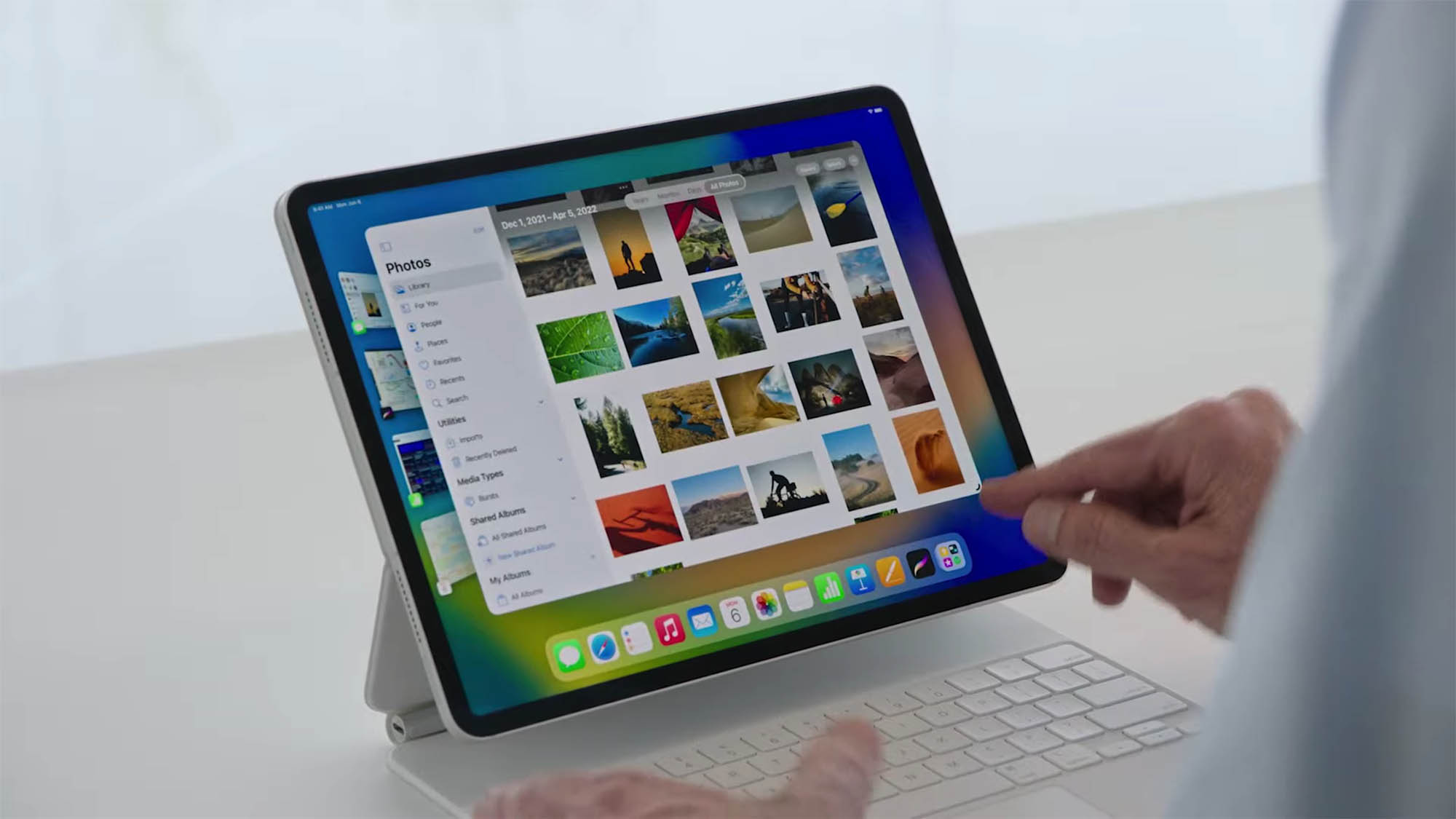 After delayed more than a monthApple has finally released iPadOS 16, the next-generation operating system for its tablets. This major iPadOS update introduces some cool and exciting new features, including a new Scene Manager that promises a more productive multitasking experience, improved collaboration, and a renewed focus on gaming.

Apple’s first significant iPadOS release for 2022 is iPadOS 16.1 to keep it aligned with Apple’s iOS 16.1 update for the iPhone. Much like iPadOS 13.1, when Apple first separated iPadOS from iOS three years ago to become its own operating system, there is no iPadOS 16.0.

When Apple unveiled iPadOS 16 at its Worldwide Developers Conference (WWDC) in June, it was likely aiming to release iPadOS 16.0 in September alongside iOS 16. However, last August Apple had apparently decided that iPadOS 16 needed a little more time in the ovenconfirming that it would be release it as iPadOS 16.1 in October.

Nonetheless, it’s here now, and the good news is that with the added delays, you can be more confident that you won’t be getting into a hot mess while upgrading because Apple took the extra time to get ensure that it will provide a more refined experience to its customers. Here’s how to prepare for and install the latest major iPadOS update.

Make sure your iPad is compatible with iPadOS 16

The first thing you’ll want to check before you start is if your iPad model is compatible with iPadOS 16. While Apple does its best to support its older tablet models, one or two typically drop from the list each year due to the more demanding requirements of each major iPadOS update.

Note that the iPadOS 16 update will not be offered to you at all if your iPad is not compatible with it, so you don’t have to worry about installing it by mistake. Still, there’s no point in continuing if your iPad can’t run iPadOS 16 in the first place.

This year is the iPad Air 2 and iPad mini 4 who were expelled from the party. Considering these models were released in 2014 and 2015 respectively, this shouldn’t be a big surprise; if anything, it’s a testament to the longevity of Apple’s support that an eight-year-old tablet could even run iPadOS 15.

Apple hasn’t drawn the line based solely on the age of its tablets. If you have an original 2015 12.9-inch iPad Pro, you can still update it to iPadOS 16. Beyond that, any iPad released since 2016 supports iPadOS 16.

Back up your iPad

It’s always a good idea to have a current backup of your iPad before installing a new version of iPadOS, especially when it’s a brand new generation of Apple’s operating system rather than of a smaller maintenance release. While Apple’s iPadOS updates generally go smoothly, there are never any guarantees, so a backup ensures you have something to fall back on in the unlikely event you run into a problem.

You can find the instructions on how to do this in our article on How to Backup an iPad.

We also recommend that you make an additional backup on your Mac or PC in case you need to roll back to iPadOS 15 later. You cannot restore a backup made from a newer version of iPadOS to an iPad running an older version, and iPadOS automatically backs up your iPad to iCloud every 24 hours. Only the three most recent iCloud backups are retained, so it won’t take long for your iPadOS 15 backups to be taken out of rotation. Backing up to your computer will ensure you have a backup available in case you need to restore to iPadOS 15.

Once you’ve backed up your iPad, you’re ready to go and install iPadOS 16.1.

Step 3: Picking out Software update. After a few seconds, iPadOS 16.1 should appear.

Step 4: If you haven’t updated to the latest version of iPadOS 15 yet, such as iPadOS 15.7, you’ll be offered that instead. In this case, select Upgrade to iPadOS 16 at the bottom of the Software Update screen to choose to install iPadOS 16.

Step 5: Select Download and install to start the process.

Step 6: Faucet Accept when the Terms and Conditions window appears.

It can take anywhere from a few minutes to an hour or more to download iPadOS 16, get it ready, and then install it on your iPad. Once this process is complete, your iPad will reboot and take you through a series of welcome and setup screens, similar to those you’ll see when first updating to a public release.