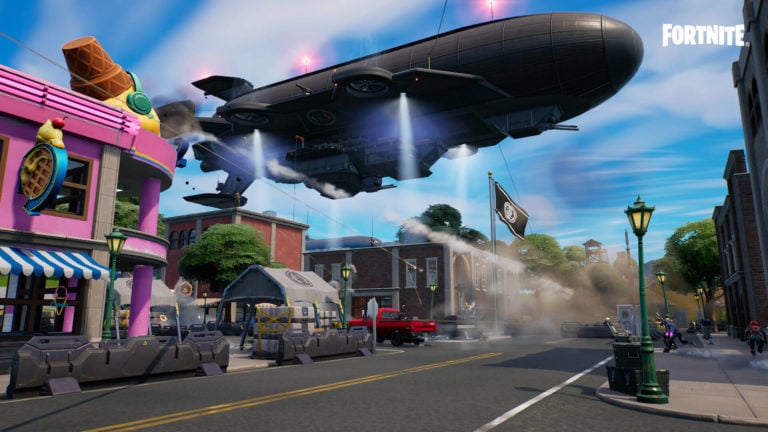 In the current season of fortnite, players were tasked with aiding the Seven’s resistance effort by achieving different war goals. In the past, this meant collecting information and donating to fundraising stations to get better weapons. Now players are tasked with infiltrating Command Cavern and stealing personnel records inside.

Fortunately for players, getting to Command Cavern and entering inside is not difficult due to the number of entrances the POI has. Once inside, head to the quest icon on your map, then go to the lowest level possible. You’ll see a glowing analog machine that you can interact with to learn more about the information the Imagined Order has on The Seven.

When players access the machine, they discover the different characters tracked by the IO. Peely, for example, has racked up numerous driving violations since players started teaching him to drive earlier in the season. There are also files on The Foundation, The Imagined, etc. But you were sent there to find information on the Sisters, and none could be found.

This quest followed similar spy themes that saw the player collect information on behalf of the Seven. Some similar names are mentioned at the end of this quest, such as Geno, who is still a mysterious character yet to be revealed. Whether it’s who controls the IO or someone who can help in the war is unclear at this time.

As the story nears the end of this season, players are eager to learn more about the story and what the imagined Order has been cooking up in secret. Sloane still hasn’t gotten her revenge when players reactivated the building, so it shouldn’t be long before fans learn what she meant by “Plan B.”