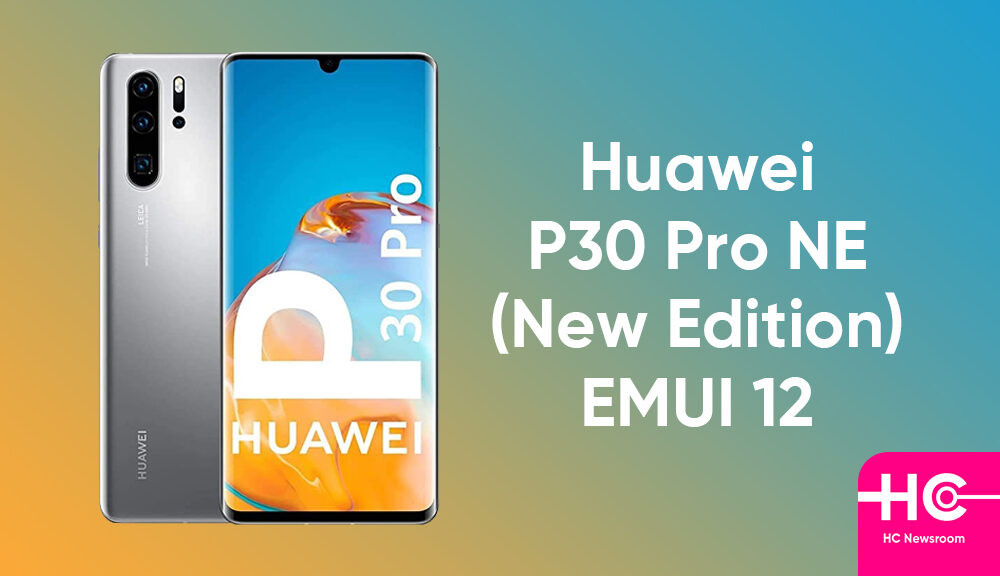 wow! This week seems to be a joyful one for Huawei P30 series device owners in Europe as they start receiving stable EMUI 12 updates. It’s the third day of the week and the third device in the P30 series has started receiving EMUI 12 firmware.

In the latest edition, the Huawei P30 standard variant installs the latest EMUI 12 update with build number 12.0.0.132 (C431E3R2P2). As expected, this update comes with a massive download size of 4.52 gigabytes.

Last week, Huawei initially released the stable EMUI 12 for the P30 series models. Since then, the update is gradually expanding to different markets to cover all P30 phones. The rollout comes into effect via OTA support, so don’t ignore them.

Here’s how to update:

To download the update, you need to open the settings menu and select system and updates followed by software updates. From there, tap CHECK FOR UPDATES and let the phone get the latest update for you.

Once you get the update prompt, hit the download and install button. Then restart the device. On the other hand, you can also perform the same task through the My Hauwei app.

[Font]
Supports more flexible font customization where you can adjust font size and width with a slider.

[Smart Folders]
Supports pressing and holding app folders on the home screen to expand them and make it easier to access the apps inside.

[Notification Panel and Control Panel]
Allows you to swipe down from the top left of the screen to access the notification panel to view notifications, and swipe down from the top right of the screen to access the control panel to use shortcuts.
Adds an audio control panel to the panel for easy switching between different audio devices and applications. Allows you to quickly enable cross-screen collaboration by tapping the icons of Huawei laptops and tablets in the “Device+” section of the control panel.

Smart Life in all scenarios

[Cooperative Security]
Adds a cooperative authentication function between mobile phones and laptops, which allows you to unlock your phone by inputting the screen unlock password for the phone on the Huawei laptop when the phone and the computer laptop are connected to each other through screen-to-screen cooperation.

[Cross-Device File Management]
Support accessing documents or pictures on the phone via laptop without connecting the two devices with a data cable.

[MeeTime]
Adds the MeeTime app which lets you make voice and HD video calls over WiFi or a data network.
Adds support for screen sharing during video calls, allowing you to tag and share key information in video chats.

Want to send us tips, update screenshots, or a message? join us here: