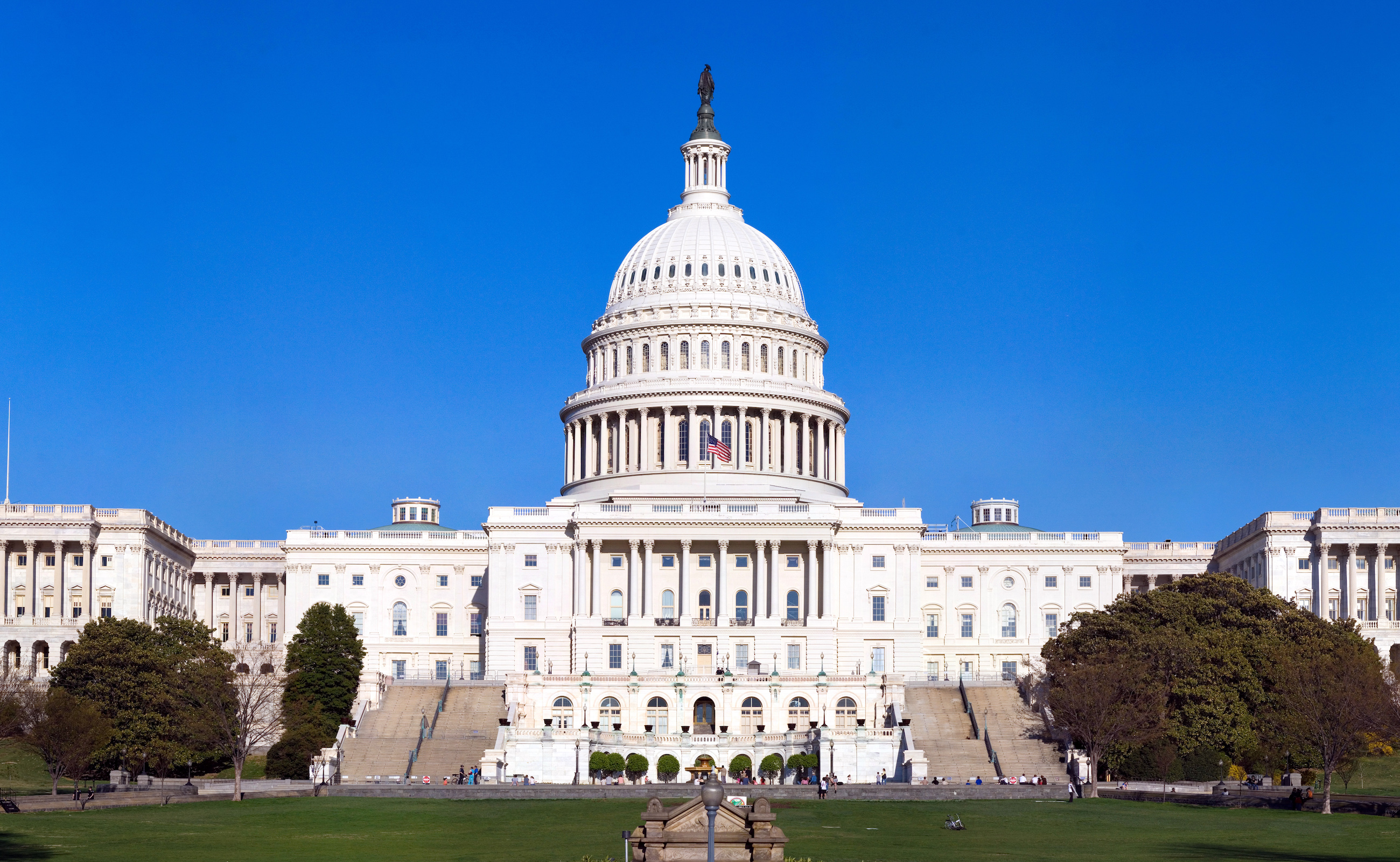 The House approved a global competition and supply chain resilience agenda as the Senate considered nominations while preparing for a Supreme Court confirmation fight.

The House approved the innovation bill, known as the America COMPETES Act, 222-210, with Nevada House Democrats backing the measure. The bill includes $52 billion to encourage domestic semiconductor manufacturing and $45 billion to improve the country’s supply chains.

The package also includes $250 million in language to help fund Brand USA, which markets U.S. travel overseas. Funding for the program comes from private donations and fees charged to international visitors applying for visas to enter the United States, which had dried up due to the pandemic.

The measure also includes a provision allowing the marijuana industry access to banks and financial services, which all four members of the Nevada House support.

But the legislation was opposed by most Republicans, including Rep. Mark Amodei (R-NV) who, in an interview before the bill passed, argued that Democrats drafted it without any input Republican and had missed a chance for bipartisanship.

“Listen, it has their agenda in there and so they are going to gather their troops. And it’s like, ‘well, that’s it, you can see it and then we’ll tell you when you can come in and vote ‘no’ on it,” Amodei said.

The House and Senate will then form a conference committee to iron out the differences between their respective versions. In June, the Senate approved his bill, which would provide about $200 billion over five years for technology research to better position the nation against China.

“It is high time for Congress to finalize this important bill and send it to the president’s office for signing,” Sen. Catherine Cortez Masto (D-NV) said in a statement from her office.

The bill could also benefit Nevada’s tech sector, which has grown in recent years, including an Apple data center in downtown Reno and the growing Tahoe-Reno Industrial Center (TRIC) in Storey County. . TRIC is home to the Tesla Gigafactory and a Switch data center, among other businesses.

Preliminary meetings have been held as Republicans and Democrats prepare for confirmation hearings in the Senate Judiciary Committee.

Both Cortez Masto and Rosen said they are waiting for Biden’s nominee and plan to do their due diligence before voting on the nomination when it comes before the full Senate. Biden said he would nominate a candidate by the end of the month.

Rosen, according to his office, has been in contact with the White House about the Supreme Court nomination, including a phone conversation this week with Vice President Kamala Harris.

Democrats, who control 50 votes in the Senate, could confirm a simple majority nominee, with Harris breaking a tie vote. But Biden has signaled he may want votes for the GOP. He held out his hand to Senate Minority Leader Mitch McConnell (R-KY).

Judiciary panel member Sen. Lindsey Graham (R-SC) told reporters that Biden’s decision on who to appoint depends on the audience he seeks to please.

“If the public is left, that would dictate a path,” Graham said after Judiciary Committee Republicans met with McConnell.

Graham spoke favorably of the group of candidates that emerged, including Judge Michelle Childs of South Carolina and others confirmed with Republican support.

“This group of women who could do their best with Republicans, that’s another path,” Graham said.

Nonetheless, Trump’s group of would-be voters held a nonbinding ceremony on the steps of the state capitol weeks later. The problem was a 2013 law this requires the state to vote in its six electoral colleges for the winner of the election.

The comment came in a note posted by The New York Times Tuesday, outlining the plan to have officials in six swing states file alternate voter lists “so voters can be eligible to be counted if they are later recognized (by a court, state legislature or Congress) as the able-bodied who really matter in a presidential election.”

The January 6 committee is investigating the causes and preparations for the insurrection, including the bogus voter scheme. The panel recently subpoenaed Nevada Republican Party Chairman Michael McDonald, a member of the Nevada Republican Party National Committee. Jim DeGraffenreidand other GOP officials from the other five states who participated as alternate voters.

In DC for the National Governors Association winter meeting, Democratic Gov. Steve Sisolak reiterated to The Washington Post that he believes the group has committed a crime.

Sisolak’s comments came after Rep. Mark Amodei (R-NV) recently said The Nevada Independent that their effort is only an act of political speech, no more, no less.

Sen. Jacky Rosen (D-NV) was disappointed by the White House’s announcement on Friday to extend tariffs on solar panels for another four years, citing the need to protect about 6,000 jobs in Nevada.

“[T]he global decision to extend these harmful tariffs is disappointing and remains the wrong approach because it will harm America’s clean energy economy by unnecessarily hampering domestic solar projects and increasing costs, while failing to incentivize manufacturing. national,” Rosen said in a press release.

The Trump administration imposed the tariffs, which were due to expire next week and intended to boost domestic production. But that did not materialize. According to the Solar Energy Industries Association (SEIA), the tariffs resulted in the loss of more than 62,000 jobs nationwide and 10.5 gigawatts of lost solar deployment.

Rosen praised the Biden administration for exempting bifacial solar panels, which generate electricity from both sides and are best suited for larger-scale projects. She had previously led a group of seven other senators in write to Bidenurging it to end the tariffs.

Rep. Susie Lee (D-NV) reiterated her support for abortion rights following a editorial by Bishop George Thomasleader of the Diocese of Las Vegas, who called on Catholic politicians who support abortion access to refrain from taking communion.

“[M]Faith — or anyone else’s — should not dictate whether or not a woman has the ability to make her own healthcare decisions,” Lee said in a statement from her office. “But the reality is that extremist politicians impose their beliefs on others and undermine a woman’s fundamental right to choose what is best for her and her family – a right that was established 49 years ago in the historical case Roe.V.Wade.

Thomas’ op-ed was spurred by a writing by Lee calling on Congress to codify abortion protections with new law. Lee’s op-ed comes as the Supreme Court weighs the constitutionality of a Mississippi law banning most abortions after 15 weeks. Upholding the state law would overturn Roe, who said the Constitution protects access to abortion.

The question has also been raised for Biden and other Catholic politicians. After visiting the pope in October, Biden said he had been assured that it was okay to continue to receive the sacrament.

Lee and Rep. Dina Titus (D-NV) signed a letter with 20 other House Democrats calling on Biden to keep provisions to address climate change in the Build Back Better Act.

“The $555 billion in climate investments that were passed by the U.S. House of Representatives as part of the Build Back Better Act will help our nation pass the test of halving climate pollution by 2030. , a goal you have set for yourself and which science and justice demand,” the letter reads.

The package stalled in the Senate, where Sen. Joe Manchin (D-WV) withheld the measure over its cost and possible effect on inflation.

S.3570 – A bill to establish a grant program within the Department of Labor to support the creation, implementation and expansion of registered cybersecurity apprenticeship programs.

HR6583 – Amend Titles II and XVIII of the Social Security Act to remove the waiting period for disability insurance benefits for persons with disabilities and for other purposes.

HR6546 – To direct the Secretary of Transportation to establish a wireless electric vehicle charging subsidy program, and for other purposes.

HR6588 – Establish a grant program within the Department of Labor to support the creation, implementation and expansion of registered cybersecurity apprenticeship programs.