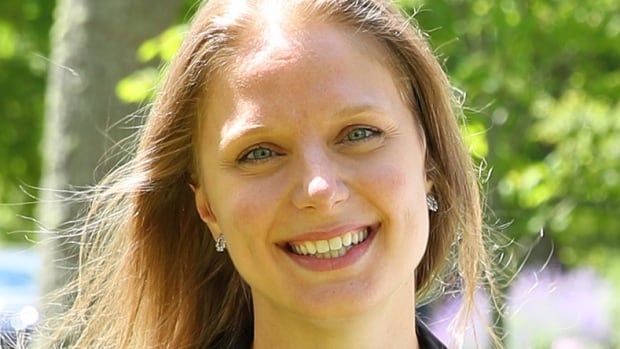 After noticing that many teens were skipping school activities because of their periods, a group of pediatricians at the IWK Health Center wanted to make sure teens got the help they needed.

“We’re really trying to increase communication and education about periods to reduce the stigma around periods and to discuss them,” pediatrician Megan Pike told CBC Radio. Main Street Friday.

Pike is one of the leaders behind the WeThrive app. She spoke to guest host Carolyn Ray about how the new app designed specifically for teens is inclusive and helps break down communication barriers when help is needed.

This conversation has been edited for clarity and length.

What makes it different from other period tracking apps out there today?

I really wanted this app to be exclusively designed for teenage girls focusing only on menstruation without any information on ovulation, fertility or intimacy. And so the application is only for menstruation. It was designed exclusively by pediatricians, myself and Dr. Price.

I hope with this app I can help teens recognize their heavy bleeding to aid clinicians and the early identification and management of bleeding disorders.

It is also gender neutral in its color and theme. I really wanted anyone on their period to feel comfortable with the app and regardless of their identified gender and most other period tracker apps use a lot of female language. And so I tried to avoid that.

So tell me more about this app. If she and a young adult tune into it and begin to see that their situation may be abnormal. What happens?

The app can recognize heavy menstrual bleeding in two ways.

The first is to use menstrual tracking so that a user can track the number of products they have used in a period. So, menstrual pads, tampons, and cups as well as their saturation level to know how full they look every time they change product during their period.

The app is set to be appealing to teenage girls so they can do so by simply touching the emoticons on the screen for each day of their period to help track how many products they have used at the end of their period. rules.

The app will generate a score. We call it the Pictorial Bleeding Assessment Score. But on the app, it is only a period score, and a score above 100 can be identified as heavy menstrual bleeding, so it is a way.

The other way is to embed this quality of life questionnaire that I posted in the app and so if a teenage girl doesn’t want to track or isn’t comfortable with menstrual tracking, she can answer 20 questions about the impact of her periods on their quality of life, and this will also score them with a score above 30 indicating possible heavy menstrual bleeding.

If the app identifies heavy bleeding, there is a list of clinics that I actively update all the time of healthcare providers who can see patients with heavy menstrual bleeding.

Does it require any personal information?

This is optional if users choose to participate in research. All I see is their age and the score they get from their menstrual tracker.

And Dr. Pike, do you hope that makes young people more comfortable talking about their periods and things like that?

We are really trying to increase communication and education about periods with the goal of reducing the stigma around and discussing periods. So hopefully we will thrive as an app as well as our social media presence will help reduce the stigma around discussions about menstruation, especially for teens.