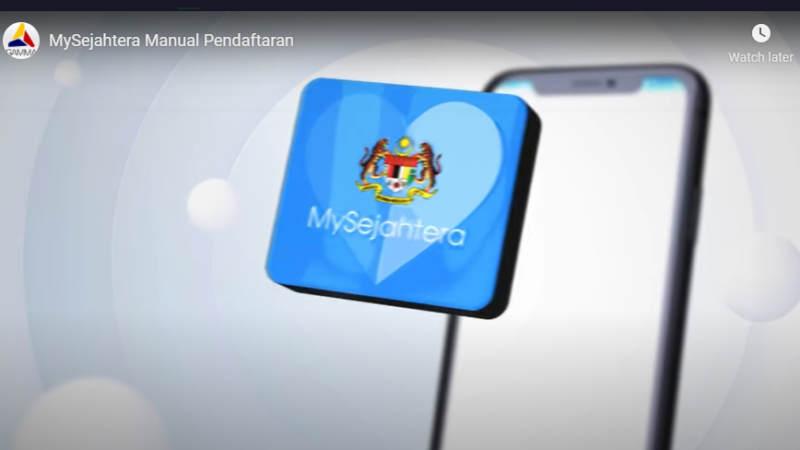 Screenshot from a video posted on the MySejahtera app site

News of a Malaysian government agency’s plan to sell the COVID-19 contact-tracing app MySejahtera to a private developer has alarmed opposition leaders and the public due to the potential implications for national security and lives. deprived of citizens. A government minister clarified that the app’s data belongs to the state and will not be sold to a private entity. But the response only raised more questions about the nature of the negotiations involving the authorities and the MySejahtera app developers.

The MySejahtera app was developed in 2020 by KPISoft Malaysia Sdn Bhd as part of its corporate social responsibility, which was later used by the government for contact tracing during the pandemic. For the past two years, Malaysians have been required to use the app as part of government health and travel protocols.

During a Public Accounts Committee hearing on March 24, a Health Ministry official revealed that plans to sell the MySejahtera app had been approved in November 2021 through a direct tender.

Opposition leader Datuk Seri Anwar Ibrahim questioned the decision to sell the app and the possibility of it being given to people close to the ruling party:

In an open bidding process, these facts would be reviewed by the government and the public. In the case of direct negotiation, this agreement resembles a scheme of rewarding companies and individuals who have political and commercial ties with the government in power.

The government was quick to assure parliament and the public that Malaysians’ private health data and other sensitive information in the app is secure.

But more questions arose after it was revealed in several news reports that the MySejahtera app had been used and adopted by the government without a contract and that the the possession intellectual property of the application remains unclear.

Anwar said people “have every reason to be suspicious and outraged.” He raised the following questions in a press release posted on his Facebook page:

Malaysians would like to know where their data is stored? Has it been stored in a secure, encrypted environment with limited access? What mechanisms are in place to prevent third parties from accessing or stealing their data? What recourse do individuals have if their data is misused in a way that causes them harm, fraud or discrimination?

Charles Santiago, another Member of Parliament, tweeted his concern over the app’s planned sale

Everything has been shrouded in secrecy from the start: the relationship between the app developer and the government is unclear. It is suspicious that the contract was awarded through direct negotiations and not open bidding.

Is the Malaysian government the “sole” owner or one of the owners?

Is the Malaysian government the “only” party with access to the brand and data collected through MySejahtera?

The hashtag #StopUsingMySejahtera tendency on Twitter, which reflected the fear and anger of many Malaysians over the reported plan to sell the app. Some have called for a boycott of the app:

The best way forward is not to ask the government to tell the truth about MySejahtera. They can still ignore us.

Stop supporting outlets that insist on seeing MySejahtera. Educate them about the dangers of the app.

The same Twitter user wryly observed that “contract tracing,” referring to tracking government contracts, should also have been considered during the pandemic:

Everyone was so concerned about contact tracing when we should have been worried about tracing CONTRACTS. #StopusingMySejahtera

The controversy led to the significant drop in the number of check-ins for those who use the application.

MySejahtera registrations have been generally down since the start of 2022, but fell particularly after a controversy erupted since last weekend over the app’s real owner and personal user data. https://t.co/sOF3b9y9gc

Writing for The Full Frontal, Zameen Zhou Datta summarized the main points of the controversy and ended with this question:

If our data is sold, should we still continue to use MySejahtera for the public good? Are we just going back to manually logging in with a physical logbook every time we go out? Or are we forced to stay home all day, every day until this pandemic is officially over?

In addition to concern over MySejahtera data being passed on to a third party, civil society groups have previously raised the issue of heightened state surveillance through the use of the app. They warned that this could lead to the misuse of the app by authorities and the filing of further complaints targeting critics and dissent under ‘repressive’ laws such as the Sedition Act and the Crimes Act. communications and multimedia.