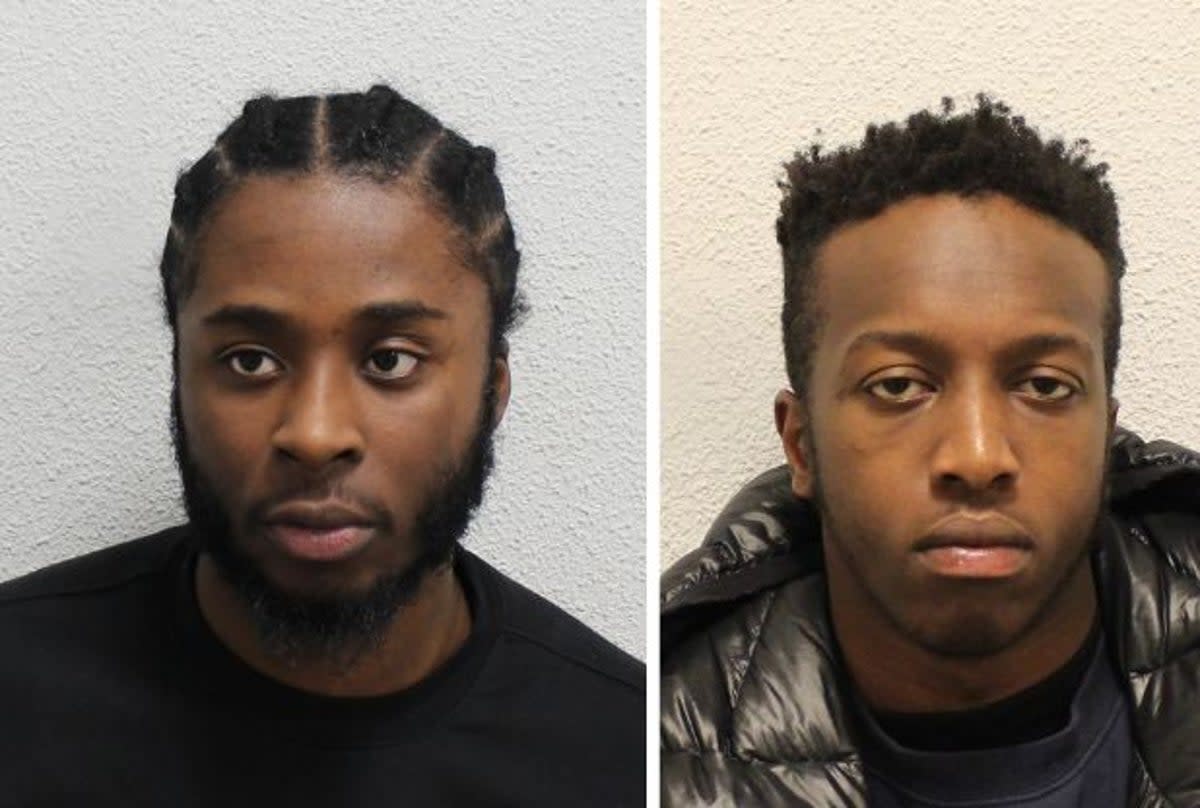 Two men who stabbed a Croydon man to death have been sentenced to a further two years in prison because their original sentences were deemed too lenient.

Donald Owusu and Harvey Macfoy used a tracking device to find Albert Amofa, who they believe was carrying cannabis, on December 15, 2019, and stabbed him outside his home.

Mr Amofa, 33, was stabbed five times in his upper leg striking his femoral artery and died of his injuries two days later as Owusu and Macfoy fled empty-handed.

Owusu, 25, was sentenced to life imprisonment for murder with a minimum sentence of 25 years and Macfoy, 26, was sentenced to 21 and an additional 20 months to run concurrently for intending to pervert the course of justice.

However, the Court of Appeal received a dismissal from parties who felt the sentences were too low and later upheld the judgment at a hearing on Thursday.

The court raised Owusu’s minimum sentence to 27 years and Macfoy’s to 23 years in prison.

Speaking after the hearing, Solicitor General Michael Tomlinson said: ‘The senseless and vicious murder of Albert Amofa has caused immeasurable pain and suffering to his family, and my thoughts are with them today.

“I welcome the court’s decision to increase both sentences today, as I believe they better reflect the intent behind this terrible attack.”