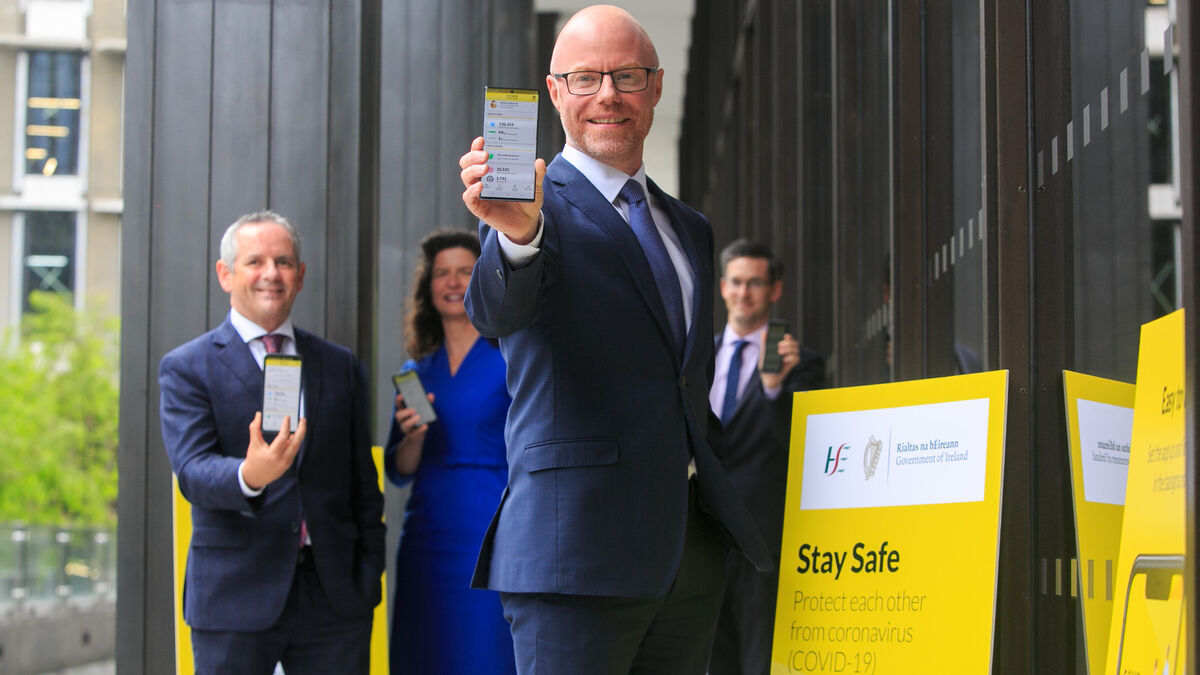 Only 25% of positive Covid-19 cases have been reported by users of the Irish Covid tracker smartphone app, according to a new study.

The study, compiled by Stephen Farrell and Doug Leith of the School of Science and Statistics at Trinity College, raised serious questions about the impact and use of the smartphone app, launched with great fanfare by the HSE in last july.

The app was designed to alert close contacts of positive Covid cases, but research shows the number of uploaded positive cases is 75% lower than would be expected, based on HSE figures since commissioning of the application.

In the past three months, positive cases reported on the app are 85% lower than they should be, suggesting that only one in ten people using the app are downloading their positive status.

During the research, titled ‘Irish Covidtracker App Key Upload Shortfalls’, some 198,202 positive coronavirus cases were noted by the HSE. However, during the same period, only 12,881 such cases were reported by users of the app.

The researchers suggested that given the HSE’s overall reported base of 1.3 million active app users, the expected return from positive downloads should be 51,766.

“It is evident that there are major and continuing gaps, currently unexplained, in the number of downloads observed compared to what one would expect based on the number of cases encountered and the density of application deployment. in the Irish population, ”the research said. .

Dr Farrell said the research could point to a general flaw in the use of tracking apps for the virus, acknowledging that such gaps have also been seen with other tracking apps used in Europe.

He said there could be a number of explanations for these shortcomings, from the cohort actively using the app – such as the elderly or cocooning people – never coming into contact with the virus to the possibility. that poorer demographics in disproportionate contact with the disease cannot afford the technology on which the app is operated.

“Whatever the reason, the shortcomings suggest that the app is not effectively performing its primary function at present,” he said.

Dr Farrell also noted that the number of active users claimed by the HSE was an equal fixed value of 1,300,000 people since October 9.

The app currently shows that just over 100,000 people check their symptoms on a daily basis, or around 8% of all users.

The Covid app cost the HSE € 850,000 to grow and was in the pipeline for four months before being launched last summer.

The HSE said it is constantly working to improve the overall performance of test and tracing operations.

“A review of the effectiveness of the application is underway and will provide information on the performance of Covid Tracker as part of the overall test and trace operation,” said a spokesperson.

“The app has been used by over 15,000 people who tested positive to upload random IDs, resulting in over 30,000 people being notified. The actual number is higher because some people do not choose to share metrics or provide a phone number. “