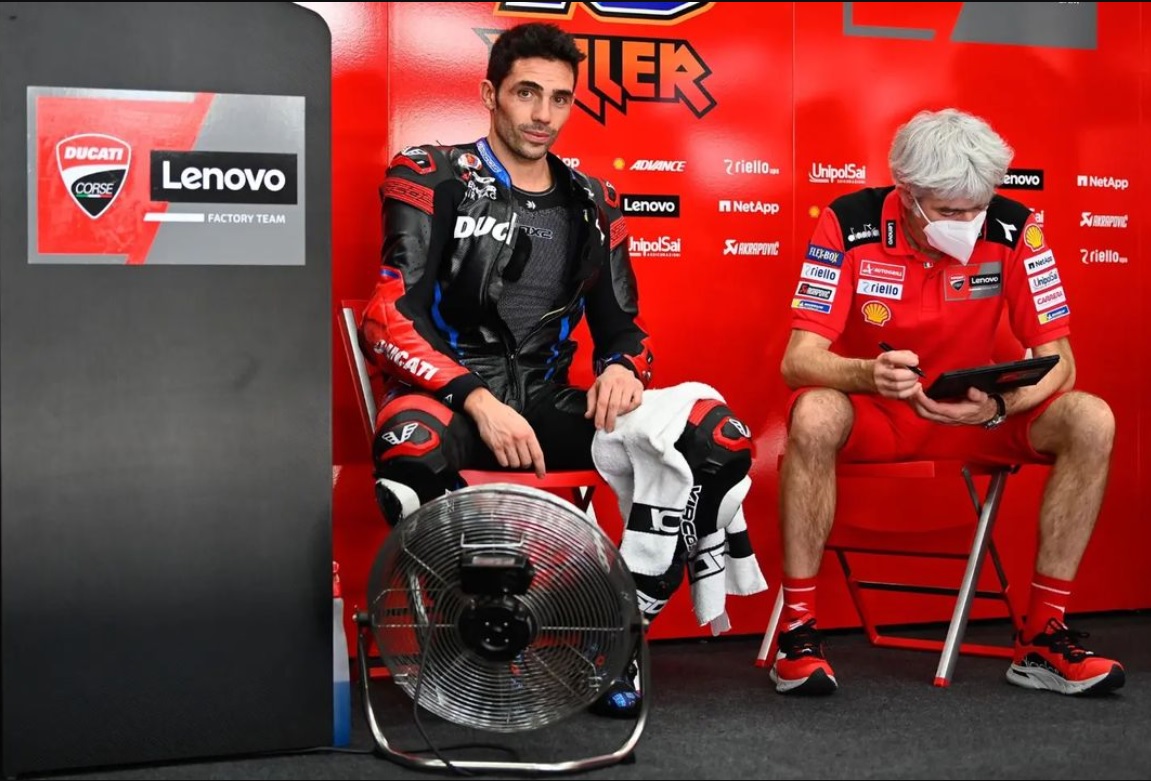 LOSAIL – For the moment, no one has started their engines at Losail yet. The pit garages are ready, the bikes are all lined up, someone has taken the usual last pictures on the pit straight.

“I need two RS-GPs in the pit lane – orders Paolo Pezzini, the head of Aprilia’s public relations team, who adds – if you only bring one, consider getting two front fairings”. For the obvious reason of the bibs of Aleix Espargarò and Maverick Vinales.

The atmosphere is already warm, for the three categories because the wait after the winter break is always long and the tests always fail to recreate this atmosphere of expectation of a Grand Prix.

It’s an extended family that comes together, that of MotoGP, which meets for the first time this year in Qatar. As always, a lot has changed, which is why it’s a continuous back and forth of technicians, mechanics and managers who meet at the bottom of the pit lane to exchange wishes and feelings, maybe to be, for a new post, as was the case of Francesco Guidotti for example, who went from Ducati to KTM and Livio Suppo, who returns to the track with Suzuki after his sabbatical years at the helm of Thok, his e-bike company.

“Having the Indonesian GP a week apart after Qatar is a bit of a problem because it forces us all to go home – said Maio Meregalli, Yamaha team manager – on the other hand, there were obvious logistical problems to move all the material to Mandalika”.

There are also questions about track conditions and the decision to run the race at six in the afternoon Losail time, four in Italy.

“We will have practically only FP1 to find the set-up, then the riders will have to raise the bar already in FP2 to get through the trap of Q1 – continue Maio – because in FP3 it is likely that the track is not as fast. And we hope the asphalt is clean.”

“The track is in the best possible condition, considering that we are in the desert. – said Loris Capirossi- they sent the cleaning machines. Logistical problems must be avoided and in any case the conditions, as always, are the same for everyone”.

The former world champion definitely fell into the role, and he expects a fiercely contested championship.

“From what we’ve seen in testing, they’re all under a second. I saw the Ducati very strong as usual but, in my opinion, more in place at the moment with the GP21 than with the new GP22. And then Honda and Suzuki took a big step forward, especially the Suzuki engine.”

Capirossi: “Marquez looks good, but he will have to get used to riding differently”

Among the most anticipated protagonists is obviously Marc Marquez.

“He looks good, but he has to, he will have to get used to riding a bit differently, after the physical problems he has had for the past two years. However, if a runner like Mattia Pasini, despite his arm problems, got used to running again, Marc too”. 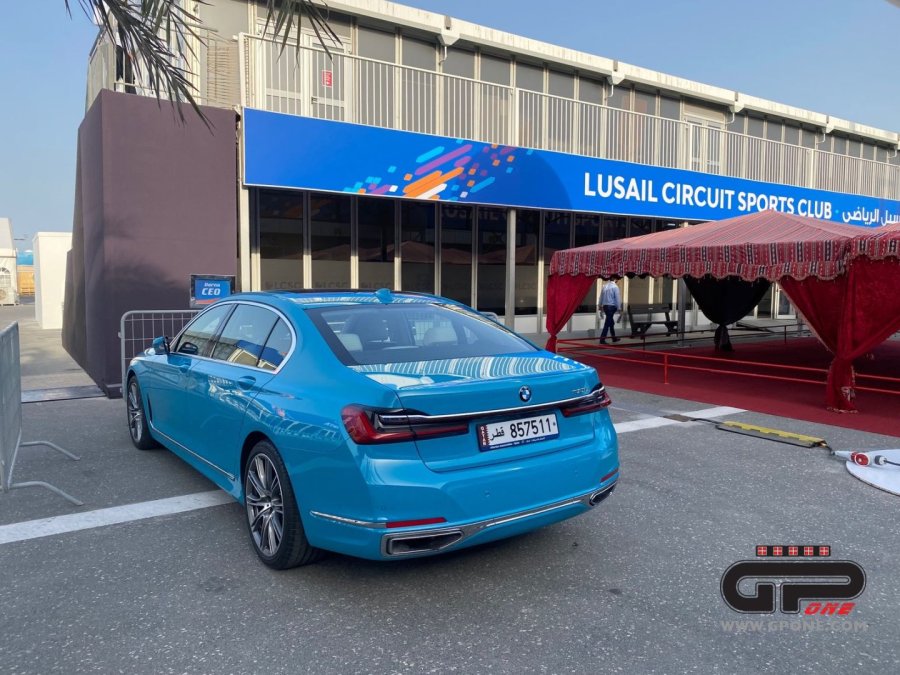 Waiting for, a BMW 730 U arrives with Carmelo Ezpeleta inside, which was recently the subject of a video interview and the appearance of the The boss of Dorna, who manages in addition to MotoGP, also Superbike and MotoE, draws attention to a series that will not race in Qatar but will make its first appearance in Jerez, Spain – MotoE. Thanks to the presence of Michele Pirro, we managed to discover some details of the new project involving Ducati, who recently tested in Vallelunga with Alex De Angelis.

Pirro: “With the Ducati MotoE two laps in Nardò at an average speed of 240 km/h”

“We have done two full laps of the Nardò ring at full power, we are aiming to do a few more laps than the current duration of the race. We have also been able to reduce the weight.”

How much? Michele remains buttoned up, we are talking about 25 kg and Manuel Poggiali, former world champion in 125 and 250, today trainer in the Gresini team declares: “that’s worth three seconds on its own”.

There is no logical connection between one subject and another, then Pirro asks himself aloud as a kind of provocation: “In your opinion, how long will it take our opponents to copy the front lowering device? I know it’s inevitable, but they will. But at the same time, they complain… if they want to copy, let them do it, but in silence: I worked on this system for a year”.

It is the destiny of the best to be copied and anyway racing is like that: continuous catching up. Gigi Dall’Igna is the Adrian Newey – the designer of the F1 Red Bull – motorcycling: it not only improves, it innovates.

A thousand subjects intermingle at the bottom of the pit lane. Another day of chatter, then from Friday, finally, it’s time to let the stopwatch speak. Sole judge of everyone’s work. 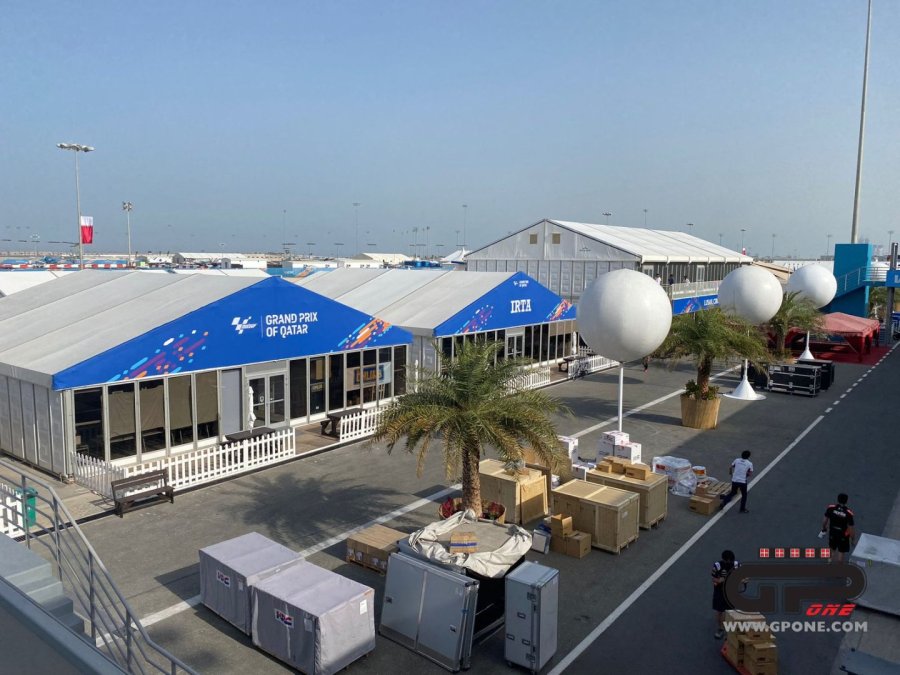