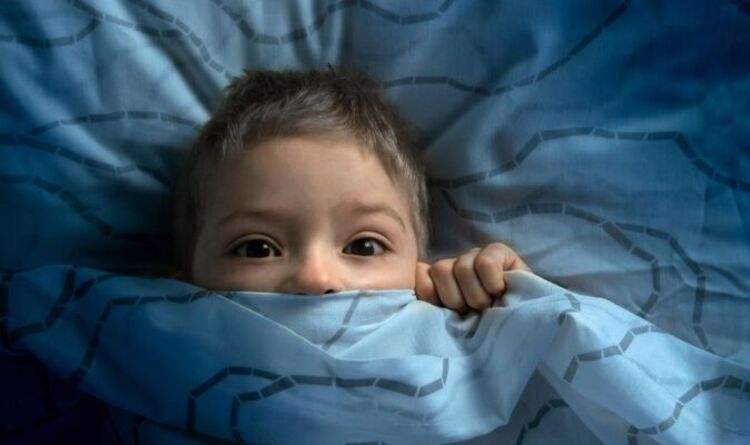 Dreams – and nightmares, their less pleasant counterpart – are phenomena that typically occur when one goes through the rapid eye movement (REM) sleep phase, when brain patterns are similar to those seen during the hours of awakening. It is estimated that around 60% of young children suffer from nightmares which, if recurrent, can interfere with sleep patterns and lead to fears of falling and staying asleep. Additionally, these nightmares can have wider impacts, with around half of all parents of children aged 3 to 5 reporting that their sleep is disturbed by the need to care for their children at night, which can have negative effects on cognitive function, health and well-being. Therefore, simple methods to help children cope with nightmares are essential.

In their study, Professor Michael Gradisar, a clinical psychologist from Australia’s Flinders University, and his colleagues recruited 56 children between the ages of 3 and 10.

Each child, along with one of their parents, was then assigned to either an intervention group or a control group, with the former receiving a so-called “dream changer”.

This gadget was designed to look like a television remote control with a single button that only causes the body of the device to emit blue light.

However, parents were told to tell children that the “Dream Changer”, when waved with the button pressed, had the ability to change the dreams they had – much like how a remote control might be used to upgrade from one TV to a better one. channel.

A suggested introductory gambit included the following explanation for children: “Dreams are like videos we watch in our sleep – our brain creates them and we watch them with our eyes closed. From now on, you decide which” video” watch while you sleep.

“When you go to bed, think of a good dream that you would like to watch in your sleep tonight. And if a bad dream starts filtering out, use this [the Dream Changer] to change it.

During the study period, which lasted two weeks, parents in the intervention and control groups were asked to report the number of nightmares the children experienced and the level of sleep-related anxiety they experienced. they felt after one and then two weeks.

Additionally, parents of children who received a Dream Changer placebo were asked to perform a similar follow-up three months after the study.

Researchers found that parents of children who were given a ‘dream changer’ reported that their children had fewer nightmares and less sleep-related anxiety – with these improvements appearing to be maintained in the weeks following the end of of the study.

They said: “Our results provide preliminary evidence for the acceptability and effectiveness of this brief, easily accessible intervention for reducing nightmare frequency and sleep anxiety.

“The average number of nightmares per week fell from 3.4 at baseline to 1.6 after treatment.”

The same improvements, however, were not seen with members of the control group.

Although using the “Dream Changer” concept makes children feel better, it does not seem to have a significant impact on the amount of sleep they get, nor on the level of daytime sleepiness of parents.

DO NOT MISS :
US Reveals Hypersonic Missile Test, Risks Escalating Tensions With Russia
Putin threatens to starve Germany in horror retaliation for measures
WHO scrambles to develop contingency plan for ‘chemical attacks’ in Ukraine

According to the researchers, future research will be needed to confirm the findings in larger cohorts of children – and over longer intervention periods.

The team also noted that their study had some limitations, particularly regarding how nightmare frequencies, sleep patterns and children’s sleep anxiety were reported by parents rather than measured directly, for example through activity detectors.

They added: “Parents may not accurately remember or be fully aware of their children’s nightmares or nighttime awakenings.”

The full results of the study have been published in the journal Sleep.