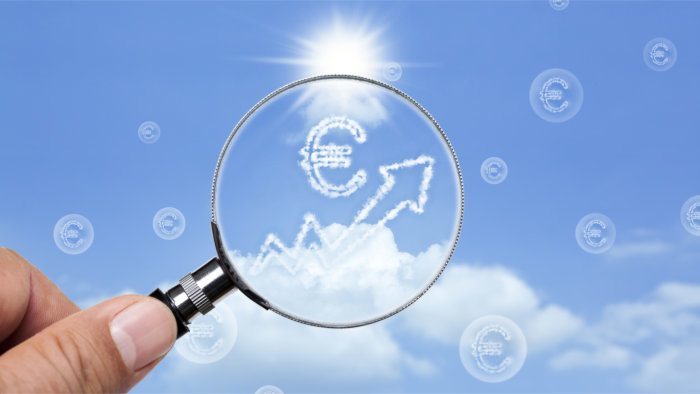 Software AG released its third-quarter results yesterday, which saw revenue growth get back on track at 12% year-over-year, after a lackluster 4% in the second quarter. Its continued shift to recurring revenue has now reached 92% of all product revenue, ahead of its target for the year, even without the impact of its recent acquisition of SaaS DataOps provider StreamSets. Current guidance remains unchanged to achieve total revenue of €1 billion in FY23 with EBITDA margins of 20-22% on a non-IFRS basis.

I met Sanjay Brahmawar, CEO, for a briefing on third quarter results and related news, including a major new professional services partnership in the United States. Brahmawar’s contract as CEO has just been renewed for three years, but elsewhere there are changes in the direction of the company. Dr. Matthias Heiden, CFO, will leave at the end of the year, to be replaced by Daniela Bünger, an experienced finance manager with roles at consultancies Atos and Accenture. Last quarter, Joshua Husk joined the company as chief revenue officer, while Dr. Benno Quade was promoted internally to chief operating officer.

The change in CRO follows a disappointing sales performance in the second quarter, when a number of transactions overshot the end of the quarter as customer decision cycles lengthened in response to the uncertain economic climate. Husk moved quickly to put new processes in place, as Brahmawar recounts:

We’ve done a very thorough and very rigorous review of closing pipeline deals – how can we improve linearity to make sure it’s not all so long towards the last two weeks of the quarter, and really increase performance from each of the regions? … Ninety days in the role, [Husk] did a very good job bringing this rigor and a better understanding of certain transactions, where… [they] take longer to close.

Partnership for US expansion

Husk is based in the United States, where Software AG wants to expand its market share. Brahmawar says the opportunity there remains strong:

This is 50% of the total addressable market [worldwide], and it is a market that is experiencing very robust growth. If you think about the current macro [environment], then I would say that the United States still behaves as if there is no real hit. Businesses and organizations are spending 10% more than last year. They spend 35% more than the time of the pandemic. Maybe in six to nine months that might change a bit. No one can predict this, we can only prepare. But for now, we only see the robustness of this market.

A closer relationship in North America with Persistent, a global technology consulting firm specializing in middleware, is designed to help accelerate this growth momentum. Software AG will now outsource all digital business implementation work in the region to Persistent, which is also committed to building its own solutions across Software AG’s product set. While not an exclusive relationship, Brahmawar believes this is a wake-up call for other ecosystem partners to increase their own investment in Software AG. He comments:

We are very invested in Persistent and Persistent has invested in our technology, which effectively means that they train their staff – thousands of their employees are trained on our technology. They’re building solutions on top of our middleware, our API management, our Cumulocity IoT platform, and StreamSets, and they’re going to bring the solutions to their installed base, they’re going to bring them to new customers.

Software AG’s growth engine is its digital business line, which consists of three main product sets: webMethods API integration and management, Cumulocity IoT and analytics, and business process transformation ARIS. Yesterday’s earnings call with financial analysts highlighted several significant customer wins and expansions. There was a notable win in the US for ARIS, which software giant Adobe adopted to support its S/4 HANA migration. Other unnamed wins in the US market include some in the government sector, Brahmawar tells me.

Cumulocity has won a seven-figure contract with wind turbine manufacturer Enercon, which will use IoT technology to connect more than 30,000 turbines to manage operational efficiency and improve sustainability. Bekaert, one of the world’s leading producers of steel wire processing and coatings, has committed to using both Cumolocity and webMethods for a digital transformation project at five manufacturing sites, with potential expansion to fifty other sites later.

New commitments from existing customers include expanded use of webMethods at DHL Courier to support migration to the cloud, and a migration initiative at Telco Vodafone to better connect external vendors and resellers to its business support infrastructure. Leading UK supermarket Tesco has signed a multi-million long-term renewal contract for its use of ARIS to support business process transformation. There was also an initial combined deal for StreamSets and webMethods, to support data and API integration across government agencies in Abu Dhabi.

The acquiring StreamSets beginning of this year was presaged when I last spoke to Brahmawar following an investment of €344 million in the company last December by private equity investor Silver Lake. He then told me that Software AG was considering potential acquisitions in the area of ​​data integration, data ingestion, and data management. StreamSets is a SaaS application that bundles much of the complexity of modern data engineering into a DataOps platform that can develop, deploy, and manage resilient intelligent data pipelines at scale, across cloud and on-premises resources. .

At a time when many enterprises are looking to connect data between on-premises applications, data streams, SaaS applications, legacy data stores, and cloud data platforms such as Amazon RedShift, Databricks, and Snowflake, StreamSets adds an important data dimension to current webMethods offerings. . There’s also a lot of potential among existing customers of traditional mainframe tools from Software AG, Adabas and Natural (A&N), as Brahmawar explains;

There’s a lot of data and there’s a lot of information that customers want to access and be able to use with other data sources. Now with StreamSets, with the combination of CONNX, which is another product that we have, we are able to pull that data from A&N and mainframes and help the customer integrate that into a data lake like Snowflake, Databricks, then leveraging APIs to access data. It’s absolutely the right kind of thin-film technologies that we have that allow customers to create access to that data.

There may be further acquisitions to continue to complement the provider’s data offerings, adds Brahmawar:

StreamSets is our starting point in this space. We continue to look at areas related to cloud cataloging of data, data quality – things that are, in some ways, very complementary and synergistic for the field, for the buyer profile, for a combination of cross-sell/up-sell that we can do with the customer. We are continually building a pipeline in this space to see where an M&A might make sense.

The continued need to invest in digital technology and the infrastructure to support it, despite increased customer caution, means that demand for Software AG’s products currently remains strong, Brahmawar said. At the same time, the continuous evolution of its activities gives it a resilient platform to support its growth. It sums :

Despite the macro uncertainty, if you unpack what’s happening with digital, the acceleration to digital continues, and this, therefore, is more biased towards critical infrastructure-type software than application-type software and to analyse. That’s one thing – the demand doesn’t really seem to be shrinking.

The second thing is that our model is much more resilient now, due to ARR and the recurring portion of revenue. We’re starting to get a lot more into the more predictable. We still have to work to continue the change we are making in migration. And of course, the regions must act coherently. So it’s a work in progress. But the model shows that there is resilience and despite the uncertainties, we are able to deliver on our promises.

Software AG is approaching the final stages of a long transition from a perpetual license to a recurring revenue model and the XaaS approach associated with customer engagement. No supplier finds this easy and the sales difficulties encountered in the second quarter, which exposed the flaws of the traditional rush to the agreements reached at the end of the quarter, are an example of this. But the company seems to have acted quickly to resolve this problem, even if it was accompanied by a reshuffle within the management team.

Meanwhile, the move into the rapidly expanding field of DataOps illustrates the additional challenges of ensuring product offerings keep pace with a market where technology continues to evolve at high speed. Brahmawar continues to steer the Software AG ship through these often treacherous waters. So far, it appears to be on track to meet that €1 billion revenue target next year, helped in part by currency tailwinds, it must be said. We will find out next quarter how much of a challenge remains to finally get there.