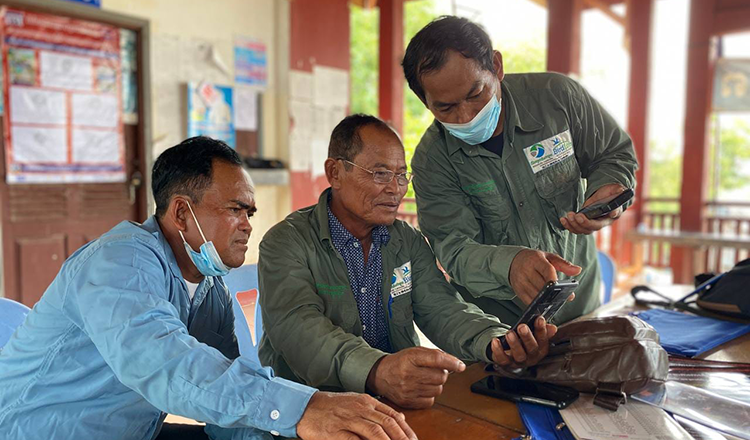 Conservationists can now use the smartphone app (Cyber ​​Tracker) to collect data and report on wild birds when patrolling or carrying out conservation work in Cambodia’s protected areas.

“The first step in Birdlife International’s program was to practice using the app in Stung Sen and Boeng Chhmar Protected Areas. Park Rangers used the app last month, while community members will use it next month,” Sineang said.

“Users can create reports and send data to the app and also configure it with GPS. This makes it easier to work compared to before when this app did not exist and smartphones were not available for patrols So all reporting can be done through the app,” he said.

Sineang added that before the implementation of the “smart patrol”, park rangers had to write everything down by hand and there was no GPS to facilitate their patrol work. But smartphones are changing all that. Instead of writing, the rangers enter information on a smartphone.

“All reports are written on the app, so guards don’t spend too much time preparing reports and processing documents for office staff. When daily reports are placed in the app, other staff members can see the information,” Sineang said.

Sineang added that the first stage of Birdlife involves two of Cambodia’s protected areas, but the project will be extended to another protected area.

Environment ministry spokesman Neth Pheaktra said yesterday that the ministry has been working with stakeholders to train park rangers and community members in the use of the technology.

“It’s good technology to help park rangers in their work to conserve and protect natural resources. Smart Patrol will provide them with specific data and reports,” Pheaktra said.