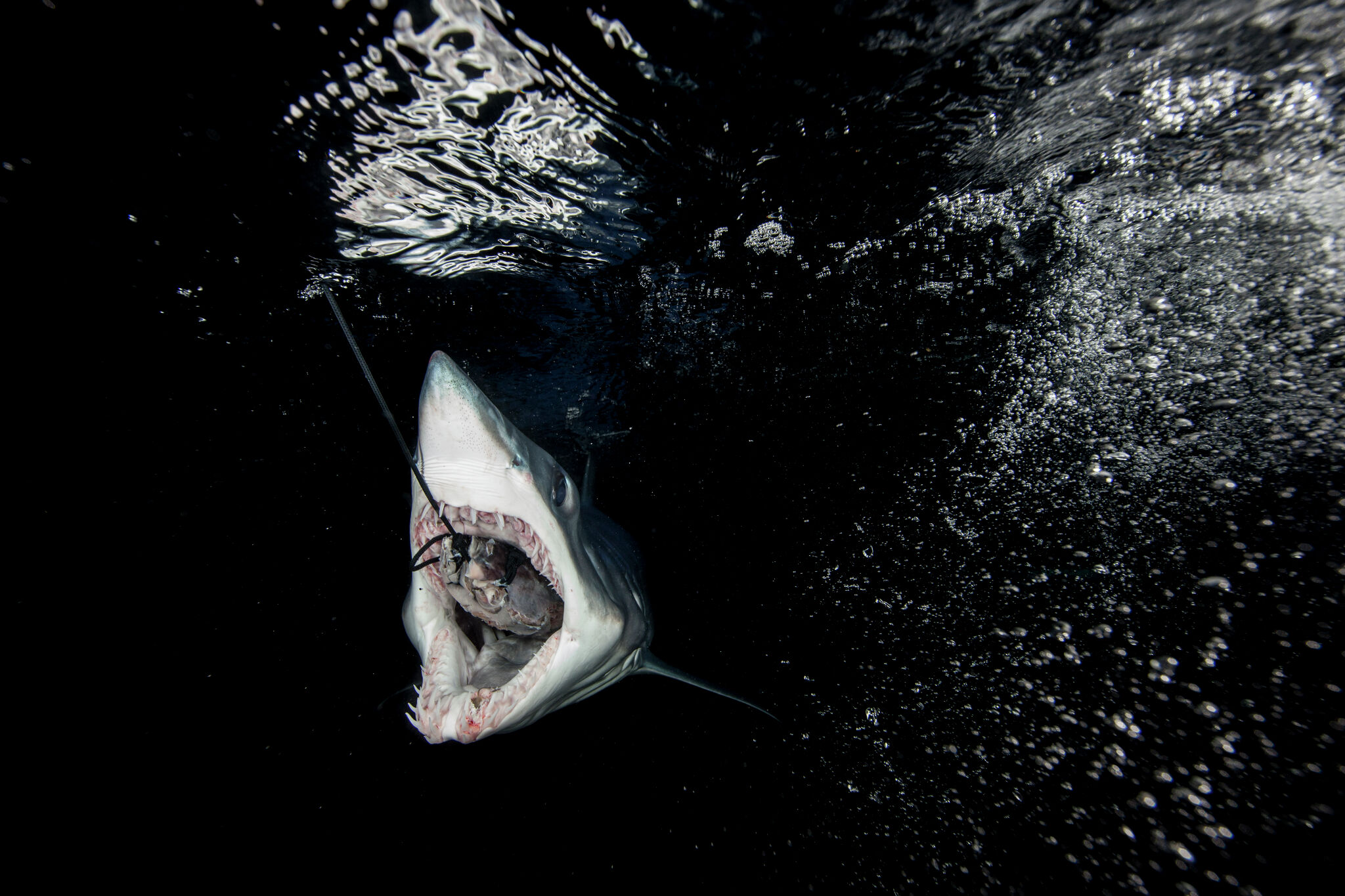 This week it’s Discovery Channel shark week and while many eyes turn to the network to see what new science has been uncovered about the various historical fish species, some forget that many sharks swim just off the coast of the Gulf of Mexico.

An online platform called Ocearch Shark Tracker locates tagged sharks around the world to track their whereabouts, according to the nonprofit organization’s website. As part of the research effort, Ocearch is teaming up with scientists from the United States and abroad to collect ocean data on shark movements and patterns.

The tagged sharks are tracked with satellite tracking technology with the data cataloged in an online data app, according to the company. The Shark Tracker tracks a shark’s path and displays information about the animal’s name, sex, size and weight. For example, a male mako shark named “Fastball” measuring 8.2 feet long and weighing 215 pounds was tracked near Matagorda Bay on June 4.

The app also details shark journeys, such as when a female mako shark named Sterling, weighing 700 pounds and about 11 feet, was last tracked near San Antonio Bay on May 30 and made the trip from Yucatan, where it was originally located in April. The app compiles the data and displays a specific dated path of locations over a period of time.

Another tracked shark makes an even longer trip. “Acadia”, a nearly 11-foot-long great white shark, began its southward journey from the seas off Nova Scotia in 2020 and was last tracked in February 2021 in the Gulf of Mexico off the coast of Texas.

This is a carousel. Use the Next and Previous buttons to navigate