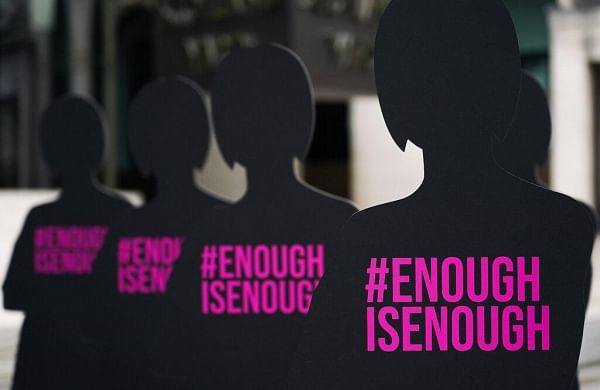 LONDON: A senior UK government official backs a phone company’s proposal for a new tracking service to help protect women walking alone, an idea launched amid continued outrage over the murder of two young women who were targeted near their home in London.

The managing director of Britain’s biggest telephone company, BT, offered the ‘drive me home’ service in a letter to Home Secretary Priti Patel.

Once a woman activated an app on her phone, the service would track her trip and send an alert to her emergency contacts if she did not reach her destination on time, Philip Jansen said in the letter.

The UK Home Office confirmed that Patel had received the letter and would respond “in due course”.

Patel was more favorable in the comments to the Daily mail.

“This new phone line is exactly the kind of innovative project that it would be good to get started as soon as we can,” she said according to the newspaper.

“I am now reviewing it with my team and am liaising with BT. “

The ‘take me home’ service could be operational by Christmas, Mail reported.

BT has operated UK emergency number 999 for 84 years and is currently upgrading the system.

In March, Sarah Everard, a 33-year-old marketing executive, was kidnapped, raped and killed by a serving police officer who was convicted of murder and other charges this month and sentenced to jail in life without the possibility of parole.

Primary school teacher Sabina Nessa, 28, was killed six months later as she walked through a south London park to join a friend.

“Male violence causes so many people, especially women, to live in fear,” Jansen wrote in the Daily mail.

“And their parents, partners and friends are worried too, more than ever.”

“I am not a politician, I cannot change society, but if I can use innovative technology to improve personal safety, then I am determined to do it.”