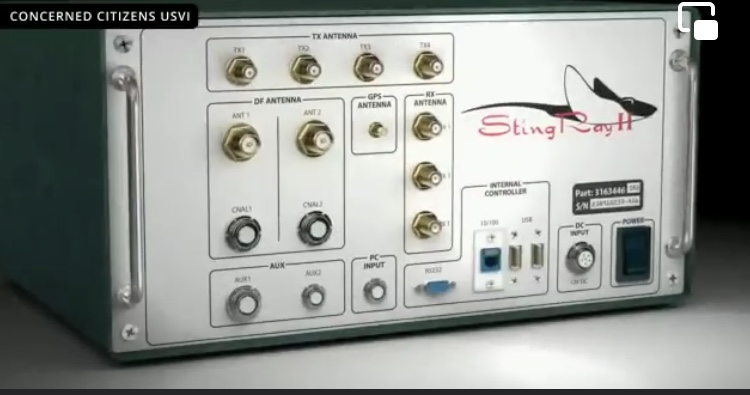 Police Commissioner Ray Martinez responded Wednesday evening to recent “unsubstantiated and reckless allegations” circulating on social media – including Facebook and WhatsApp – that the VI Police Department is using a device commonly known as the “Sting Ray” to track cellphone conversations without the knowledge of somebody.

The department does not use the “Sting Ray” device, which works by tricking your phone into believing that the surveillance device is a cell tower, Martinez said in a press release addressing the rumors. This results in your phone routing all traffic, such as text messages, web requests, or phone calls, through the device.

“Although the claimed ‘Sting Ray’ device may have been used by the United States military, federal law enforcement agencies and police departments across the continent, I can categorically and without reservation state that the VI Police Department does not own, possess or use any such device,” Martinez said.

“The VI Police Department is responsible for enforcing the laws which, in turn, ensure the safety of the territory’s citizens; however, it is our obligation to also follow laws and policies that do not infringe upon community rights,” Martinez continued.

Rumors about the Sting Ray device appear to have started a few days ago with the posting of an anonymous video on Facebook, attributed to ‘Concerned Citizens USVI’, alleging that the Bryan/Roach administration spent nearly $1 million dollars to buy such devices on the continent. supplier for use by local law enforcement.

“Many would associate this with political propaganda, but we’re here to tell you it’s 100% true,” a female voice says on the video, released days before Saturday’s primary election.

The video includes footage of an “interview” from unknown provenance on the Sting Ray device in general, and says “Albert, we have the order forms”, but does not produce any evidence of this, nor that they are used by the VIPD.