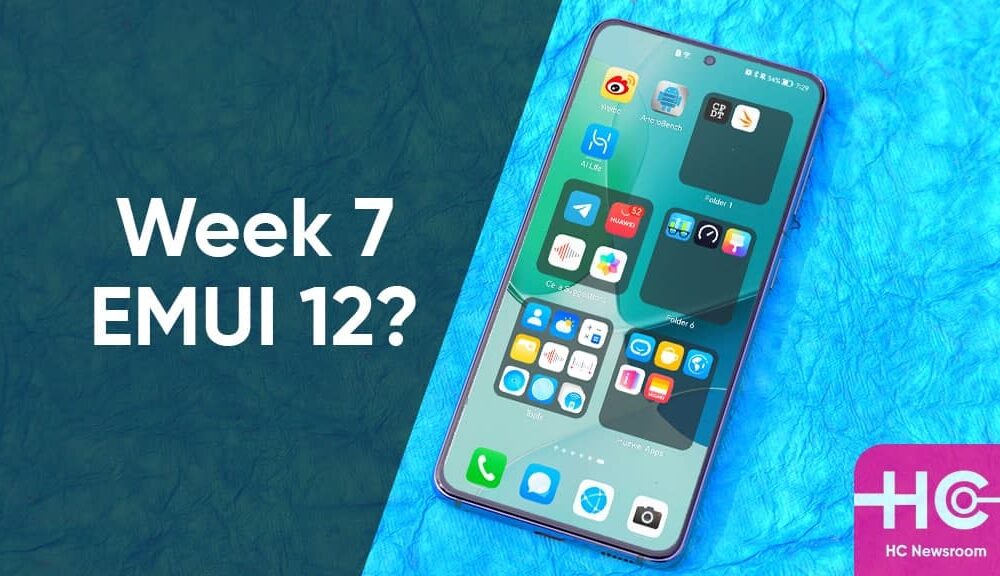 On March 11, Huawei will launch its first 108 camera phone – Nova 9 SE in the global market. The phone is equipped with a number of new technologies, including EMUI 12, as well as new smart features.

EMUI 12 has new features that focus on the additions Huawei has made to this new Huawei smartphone software. After its launch, the Chinese tech maker placed EMUI 12 in top flagship phones such as Mate 40 Pro, Mate 30 Pro and P40 series. These phones were also part of the first batch of devices that test EMUI 12 ahead of a stable release.

With the new feature and UI changes, most consumers want to grab the brand new EMUI 12 software update. Therefore, the excitement of EMUI 12 is clearly reflected in week 7.

According to the EMUI 12 roadmap, Huawei will expand the rollout of EMUI 12 for previous generation devices, including mid-range and budget devices such as Huawei Y9 Prime and Nova 4e. This would allow consumers to experience the latest software without changing smartphones.

It has also been observed that Huawei may roll out stable EMUI 12 update for Huawei P30 series and Mate 20 series in the month of April. However, we can expect the Chinese tech maker to make an early release.

If you have an EMUI 12-eligible Huawei device, we recommend that you install it as soon as it arrives on your device. Nevertheless, there are some things you need to know before proceeding to the software update instructions.

As a major update, EMUI 12 comes with new software changes, therefore, we recommend you to backup important data to avoid deletion of unwanted files. Then charge your device. The whole update procedure may take some time, due to the size of the update package.

To check for the latest software update you need to visit the Settings page > open System and updates > from here tap on Software updates > then CHECK FOR UPDATES > now follow the instructions on screen.

So, did you grab the EMUI 12 for your smartphone in week 7 of the stable rollout? Let us know via the survey below.